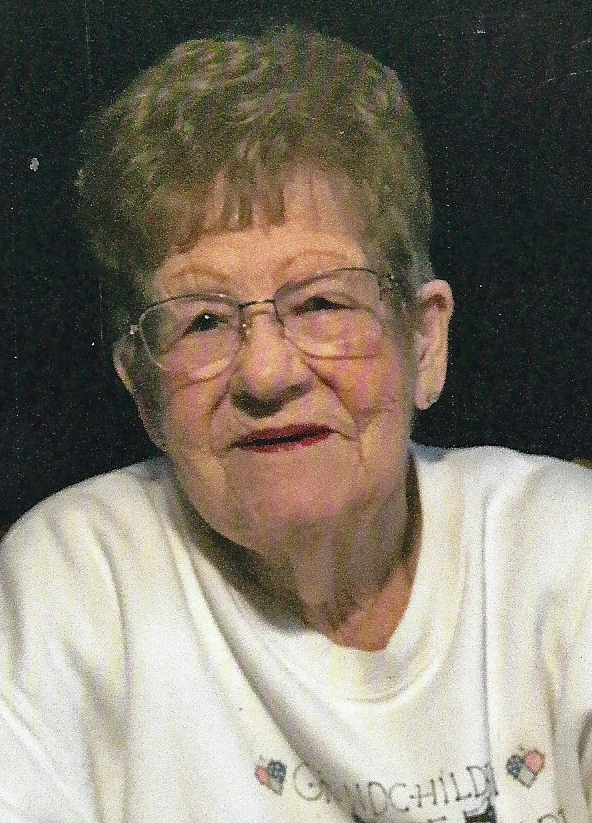 Posted at 17:13h in Uncategorized by staff 0 Comments
Share: 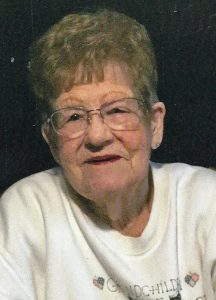 Vivian Johnson, 92, went to be with Jesus February 12, 2021.  Cremation has taken place and a private family service will be held on Friday, February 19, 2021, at 11:00 a.m.  For those not attending, the service will be streamed live on the Bismarck Funeral Home Facebook page.

Vivian was born in Kenneth, Minnesota May 20, 1928 to Gilbert and Sylvia (Engen) Remme.  Vivian attended grade school in Kenneth.  After the 8th grade she started working as a house keeper for various families.  While on a trip to visit relatives in Kintyre, North Dakota, she met Ernest (Mike) Johnson and they fell in love.  They were united in marriage on December 8, 1947.  After they were married, they lived on the Johnson homestead south of Kintyre where Mike farmed with his brothers.  There, Daryl, the first of six children, was born.  After about 5 years they purchased a farm east of Kintyre.  Then three more children were born, Gary, David, and Pam.  After a disease infected the cow herd, they decided to purchase a farmstead south of Steele, where two more children were born, Tammy and Brian.   They lived on this farm until Mike was forced to retire due to medical reasons and they moved to Steele.  Vivian was a hard worker.  She spent much of her time raising their six children and being a house wife.  She was also a great cook and baker.  After moving to Steele, Mike and Vivian did janitorial work for several businesses. After Mike passed away in 2001, Vivian and daughter Tammy moved to Bismarck.

Vivian loved going back to Minnesota to visit her sister and brother and other relatives.   She especially enjoyed the times she spent with her sister Janyce and husband Richard, at their lake home in northern Minnesota.  She spent several summers staying with them and fishing on the lake.  Vivian loved fishing and camping.   She looked forward to all the camping trips they made over the years and spending time with her family and friends.  Family was very important to Vivian.  She enjoyed the holidays and being able to cook and have all her kids and family around.  She especially loved spending time with her grandchildren and great-grandchildren.