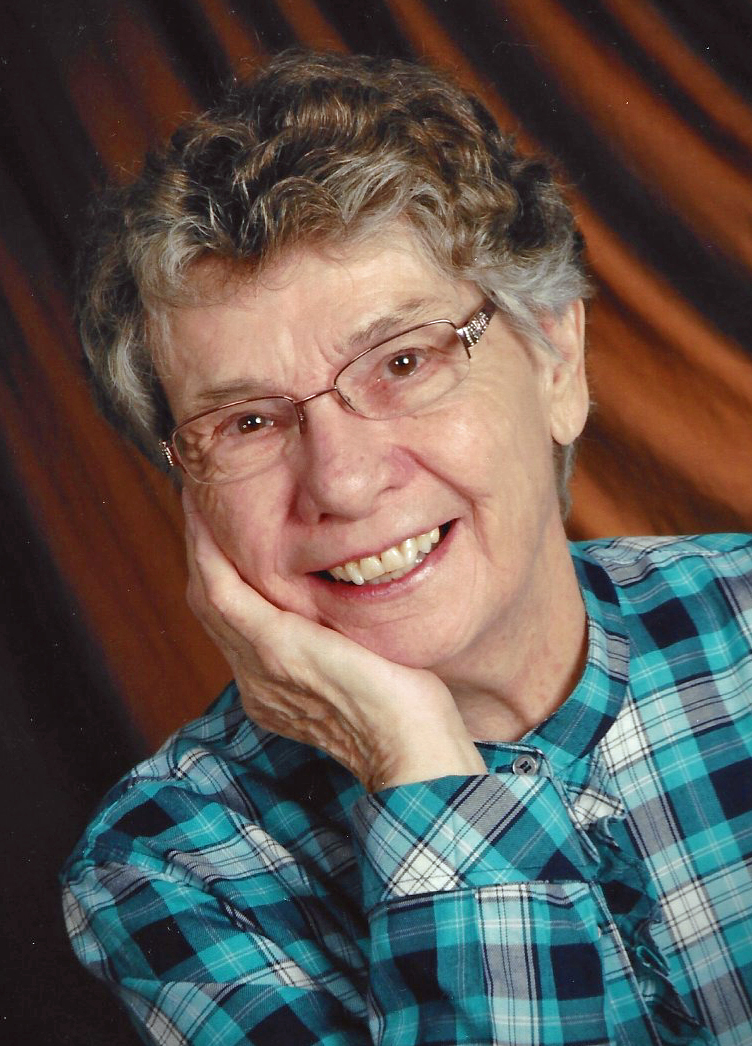 Posted at 14:37h in Uncategorized by staff 12 Comments
Share:

Virginia Scheeler, 87, passed away peacefully on April 9, 2022, at Marion Manor in Glen Ullin.  Virginia will be remembered as a loving wife, mother, grandmother, great-grandmother, and one of Dickinson’s best bridge players EVER, or at least a darn good one.  Rosary will be held at 10:30 followed by Mass of Christian burial at 11:00 a.m. on Friday, April 22, 2022, at Sacred Heart Catholic Church in Glen Ullin, ND.  Burial will be at the North Dakota Veterans Cemetery, Mandan at 3:00 p.m. 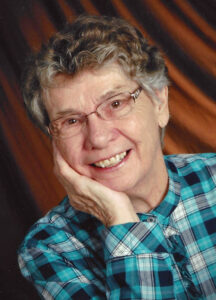 Virginia was born in Glen Ullin on January 9, 1935 to Christ and Rose Lanz.   She went to grade school at Sacred Heart Catholic Grade School and graduated from Glen Ullin High School.  Virginia always worked hard.  Her first job was at the movie theatre in Glen Ullin, where she picked up a lifelong love of movies.  She then moved on to the big city of Bismarck, where she worked as an operator at the telephone company.  She later moved to Dickinson to attend nursing school and became an LPN, beginning a career that she put her heart and soul into over a span of 55 years.  While working at St. Joseph’s Hospital in Dickinson, she met Leonard Scheeler, who was visiting his mother in the hospital.  His mother told Leonard that Virginia would be a good catch, because she had good hair, and thus wouldn’t have to spend money on it.  Leonard listened to his mother’s sage advice, and on April 2, 1956, they were married and together they raised 4 daughters.

Other than a short time in Seattle, Leonard and Virginia made their home in Dickinson, where they developed many new friendships, while maintaining Virginia’s lifelong friendships in Glen Ullin.  It was these friends, as well as visiting her parents, that kept Virginia coming back to Lake Tschida in the summers and which led them back to Marion Manor in Glen Ullin in their twilight years, where they received fantastic care and the support of old friends, new friends, and the Glen Ullin community.  Leonard and Virginia were married for 62 years before Leonard’s passing in March of 2019.

Virginia had a strong faith in God and enjoyed life to its fullest.  She made big deals out of holidays/decorating, she was a good bowler, she enjoyed bus trips with her lady friends, she loved swimming and being outside.  The two things that she most liked to do and where she excelled were being a nurse and playing bridge.

She was preceded in death by her husband, Leonard Scheeler, her parents and three brothers, and many beloved friends that she will be thrilled to reunite with.

In remembrance of Virginia’s life, the family asks that any charitable donations be made to the Cure Alzheimer’s Fund, St. Jude Children’s Research Hospital, or your favorite charity.

I’m so sorry for your loss. Virginia was such a loving woman. I’ll send money to St Judes my favorite charity

Our deepest sympathies in the loss of your Mom. She was always so nice to me and I enjoyed her very much! She was a great lady.

Virginia was my idol as a nurse. I admired her from day 1. I remember the first day i met her and she said she has been a nurse for 25 years and I thought that was a long time. Now her I am a nurse for 43 yrs. Thank you, Virginia. I always called her mom because my mother passed at age 60 and one of her daughters was born close to my same birthday. She was special to everyone

So sorry for your loss. Virginia always had a smile and lent a helping hand to all who worked with her. A great lady and wonderful role model to all.

So very sorry to see my friend passed! I lived in the apartment building with Leonard a d Virginia many years.(we were always cleaning our hallway)Had do much fun and Leonard was our runner for groceries many times! What wonderful people! Do giving and kind! Rest In Peace my friend!!

So sorry to hear of my old friends passing. She will be missed by all her old friends for sure. We had such good times at all the Bowling Tournaments, coffee, and getting together for Lunch. Rest in Peace old Friend.

My sympathies on your loss. I worked with Virginia at the hospital in Dickinson for many years. She always had a smile and a kind word. Great nurse and co-worker!

To the family, I’m so sorry for your loss. I knew Virgina at St.Joseph’s Hospital where we worked
for many years as nurses. She was a very kind and caring person both at work and otherwise.
I visited her at the nursing home until the virus issue came up.

Deepest sympathy to Virginia’s family. Our families at one time were like one united family. Your mom was such a great person. I will forever hold Virginia in my heart and now Marilyn and Ole and your mom can go bowling together.

Virginia was a special friend. I enjoyed visiting her in the nursing home until the virus prevented visits. I enjoyed working with her and playing bridge. Joanne anderson

Virginia was my favorite nurse to work with at St. Joseph’s Hospital. She had a kind heart and great sense of humor. A very great lady. May she rest in peace.