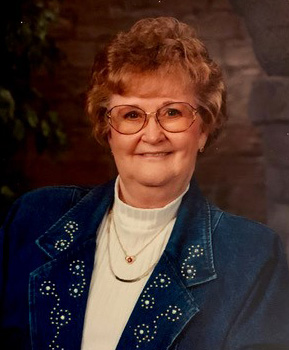 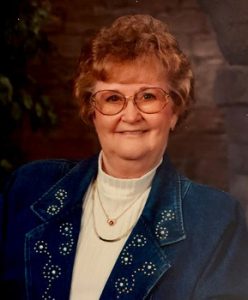 She was born March 26, 1934 and spent her early years through graduation in Rolette, ND.  She married Gordon Fish and during their years of marriage they had four children.  After multiple moves they settled in McClusky where they found a wonderful small town to raise their children at which time Vila owned and operated the Tastee Freez where she made many friends.

After Vila moved to Bismarck in 1979, she became employed by Bismarck State College where she would spend the next 31 years joyfully providing loving meals to the students and faculty as supervisor of the Student Union Snack Bar.

Upon retirement, Vila made use of her Dauber Management Degree from the bingo parlor which she enjoyed all the way into this year.   Her love of knitting, crocheting , sewing and fine needle point allowed her to express her creativity as well as providing many gifts  which she gave to others as a labor of her love.  She provided dozens of beautiful prayer  blankets for the church up until her stroke in January of this year.  It was always the highlight of Vila’s year playing games with her family during the holiday seasons which she was always a joy of laughter and fun.

In addition to Vi’s four children,  Vi was known by many as their Mom or other mother as she always had an open door and would help anyone who needed a place to stay or a warm meal.

For those who knew Vi well,  she was always one that did not require a lot of fanfare and preferred if the light shined on others, even though she was often the one who was the provider of the light.  Therefore, we plan to respect her style and requests with a very modest service in Bismarck and from there a small burial service with her ashes in McClusky next to her son, Tim.

Due to CoVid19 we also want to respect each and everyone’s personal comfort level and we certainly understand if you prefer to demonstrate your love and respect for Vi in your thoughts and prayers within the comfort of your own home.

In lieu of flowers, the family requests all contributions be made in Vi’s name to BSC Foundation (Bismarck State College).  Please mail to:  BSC Foundation, PO Box 5587, Bismarck, ND 58506-5587.