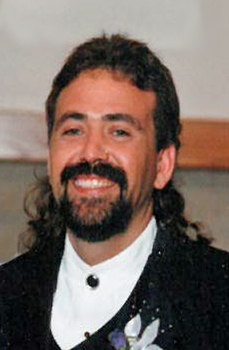 Posted at 21:22h in Uncategorized by staff 0 Comments
Share: 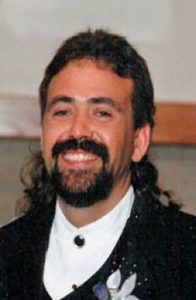 He was born December 20th, 1966 to Vernon and Mildred DeCoteau in Williston, ND. He grew up in Williston and graduated from Williston High School in 1985. He then went on to United Tribes Technical College in Bismarck, ND earning a degree in auto mechanics. While in college his first daughter Ashley A. DeCoteau was born on September 15th, 1987. In December 1988 he met Ruby Falcon and from that union Haley R. DeCoteau was born on October 28th, 1996. Becoming a father was the greatest and proudest moment he was given in life. Vernon and Ruby married on June 20th, 1998.

Vernon worked many jobs including in the oil field, nursing home, butcher shop, roofer and many more. He was a jack of all trades. Anyone who knew Vernon knew that he couldn’t sit still and was always doing something. He loved to hunt and fish and was always looking for a niece or a nephew to go with him. For 20 years he participated in demolition derbies with his brother, Charlie (George), and his good friend Nicky. During this time his nephew, Justin, became interested in derbies and he now carries on the family tradition. Family was always the most important thing to Vernon and would say that his mom and dad were his best friends. He was definitely a momma’s boy. He was very close to his brother and sisters and had a special relationship with each one of them.  He loved to ride dirt bikes with his sister Loopy (Alison) when they were kids. He had a passion for finding old bikes and would fix them up and then give them out to kids who didn’t have one. He was always willing to give a helping hand to anyone and was just a phone call away.

Vernon was a simple man with simple tastes in life. He loved to have fun and laugh. Always playing jokes on his family and friends. He would have a beer with anyone anytime especially his brother-in-law Rubin.

He is survived by his daugher, Haley DeCoteau, his mother, Mildred, his sisters, Brenda DeCoteau, Karla DeCoteau, Teresa DeCoteau, Alison “Loopy” DeCoteau, Melissa (Scott) Schlender, Bobbi DeCoteau, and his brother George “Charlie” (Jenny) DeCoteau and 20 nieces and nephews and 25 great nieces and nephews. He was preceded in death by his daughter, Ashley, his father Vernon, his niece Natasha and his nephew Cory and grandparents and two grandbabies.