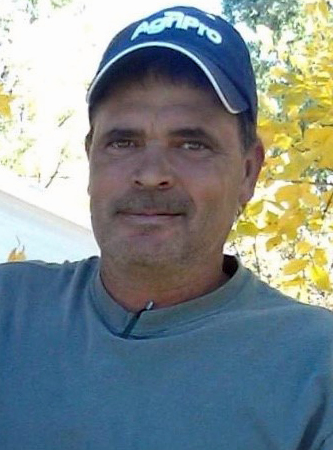 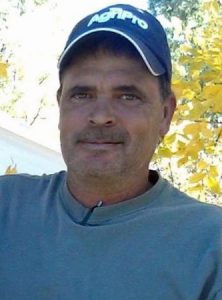 Todd Hirschkorn was born July 2, 1968 to Allen and Darlene (Hoff) Hirschkorn in Harvey, ND. Todd mostly grew up in Wing, ND where he graduated from high school in 1987. After graduation he joined the Army Reserve, in which he served for eight years.  Following his time in the army, he worked many different jobs and became a man of many trades. His most enjoyed jobs were, of course, the farms that he worked on, and raising his own farm animals and hunting dogs.  He married Crystal in 1992, and shortly after, their first child, Chlorisa (28), was born. Then they had a son, Dalton (26), and daughters, Christina (20), and Calista (17), followed.  In 2006, the family moved to Underwood, ND where he lived out his remaining years.

Todd enjoyed breaking horses and working on the Patterson North Ranch, where he grew up. Living here, he developed a love for the outdoors. No matter the weather, he would be outside hunting, fishing, or getting into trouble with his siblings and cousins. With Todd’s love for the outdoors, he took great pride in teaching his children everything he knew about it and more. He especially enjoyed working in his gardens, and when he wasn’t outside, he could be found cooking the biggest, tastiest meals or smoking a different variety of meats (his smoked chicken was by far the favorite). What brought him the most joy was the quality time with his children. Todd proudly spent many nights watching his kids in sports games or music concerts, and the rest of his free time was spent with them outdoors.  Every day spent with them was a perfect “picture moment.”

The family will hold a private funeral at a later date, to be announced, along with a celebration of life for close family and friends. In lieu of flowers, a benefit account in Todd’s name has been established at American Bank Center for donations toward medical and funeral expenses.  There is also a GoFundMe page available titled, “Paying Tribute to Todd Hirschkorn.”