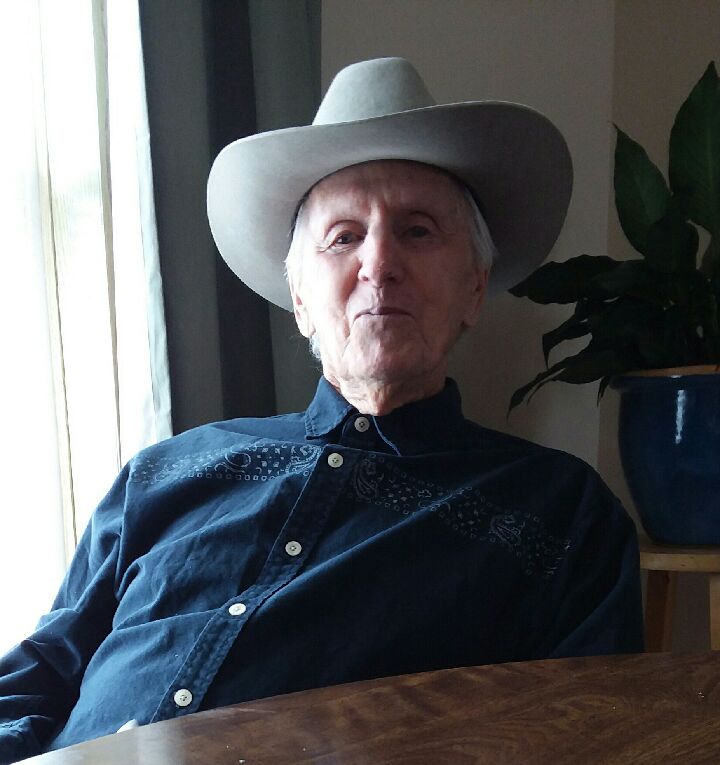 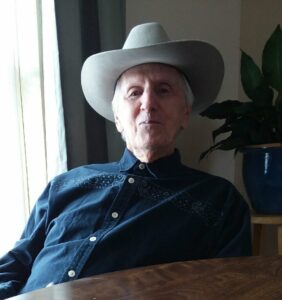 Tom never knew a stranger. Anyone with a minute to visit could easily find themselves entwined in one of his many and often comical narrations of his life adventures. All true!

Tom was the first child born to Eva Edward and Thomas Hamilton on December 12th, 1930. He was followed by sisters, Eva and Marcia, half-brother, Bruce, and half-sisters, Janet, and Jean.

After serving in the Korean War, he returned to Michigan and married Claudia Neville. They began life together with a road trip to Texas in a 1949 Pontiac Coupe. After returning to Michigan, they settled in on a small farm and began their family – Corinne, Morgan, and Brady.

Tom pursued his dream as a working cowboy. His dream took him and his family to many ranches across the United States from Michigan to Texas, California, Arizona, and Montana. He also worked for many years as a VA Claims Officer for veterans in Helena, MT.

Tom married his second wife, Mary Hoare in Montana. After retiring they moved to Zeeland, ND – a peaceful rural small town nestled on the Dakota prairie. Tom worked a bit after retiring – moving cattle on horseback at a stockyard, painting a few houses and outbuildings, and operating a mower well into his 80’s.

After his second wife’s passing, Tom met another dear lady named Mary S. They enjoyed driving, dining, dancing, and visiting. They were close friends for the rest of their lives.

At his request – No funeral, no ceremony – cremation with ashes cast in Montana by family.

With a smile and a nod this old cowboy taps a finger on the brim of his cowboy hat and rides away. Happy Trails to you Dad.

Our condolences to his family and friends…We knew Tom in Montana well over fifty years ago…ended up being neighbors in Zeeland. What a character, maintaining our enduring friendship, many tall tales spun by Tom and Reggie…..great memories., enriching our lives. Now he and Reg can both be back in Montana.