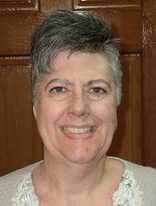 Posted at 16:44h in Uncategorized by staff 0 Comments
Share:

The family of Susan Phyllis Jacobson announces her death from brain cancer on July 5, 2021, at the age of 67 years, in her home.

Susan was born on November 5th, 1953, to Phyllis and Arthur Woodruff, in Alexandria Virginia.  Following her mother’s death from cancer in 1965, Susan was raised by her grandmother Ellen Hovland in Lakeville, Minnesota.  In 1980, she married Alan Jacobson of Burnsville, Minnesota.  They raised two children, Bethany and Mark.

A born adventurer, Susan followed her husband to Australia in 1985, returning to the United States the next year.  In 1990, with her husband and young children, Susan moved to Bolivia to establish a new Habitat for Humanity project in El Alto (La Paz).  In four years, they built 100 houses in pursuit of a world where everyone has a decent place to live.

In 1994, Susan and her family returned to the United States and settled in Bismarck, North Dakota.  She attended college as a mature student, eventually receiving both her bachelor’s and master’s degrees in social work, a career she pursued until her retirement in 2020.

Susan’s passions in life were travel and serving the Lord.  For many years, she took part in a summer mission trip to Quetzaltenango in Guatemala to work as a translator for doctors offering free services.  She also travelled extensively in Europe.

Susan will be lovingly remembered as a woman unafraid to chart her own course and follow her own star.  She loved to wear anything with color, pattern, texture, or shine (ideally all of the above!) and was always ready with a pun.

A Celebration of Susan’s life will be held at a later time; for more information, email Bethany at bethany.e.k@gmail.com.

In lieu of flowers, memorial donations in memory of Susan can be made to Habitat for Humanity.