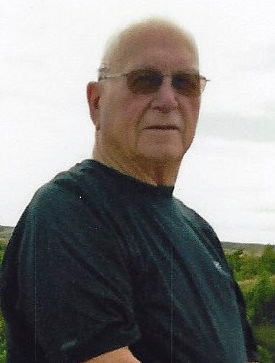 Posted at 19:16h in Uncategorized by staff 2 Comments
Share: 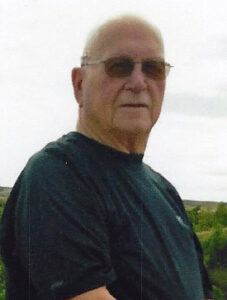 Sonny spent his youth in Powers Lake where many stories are told of fast cars and the mischief he was always up to. Before leaving home for mechanics school in Wahpeton, Sonny lived with Murray and Lois Clark and their family in Powers Lake where he built bonds that lasted a lifetime.

After leaving school he joined the US Marine Corp in 1961 where he proudly served his country as Military Police until discharge in 1964.

After discharge, Sonny returned to the Powers Lake/Stanley area and united in marriage to Bonnie Jarmin on Dec. 10, 1965. They built their life together and were blessed with three children: Robin, Robert (Petey), and Joey.

During his time in Stanley, Sonny sold cars for Rasch Motors for 12 years and this re-ignited his passion for cars, which he continued to collect throughout his life. Sonny was very active in the American Legion in Stanley where he held numerous positions, including Post Commander. He also enjoyed attending his children’s extracurricular activities. Sonny and Bonnie later divorced.

In the mid to late 70’s Sonny spent time farming in the Stanley area, then in the early 80’s he worked as a seismographer. He soon began work as a contract pumper in the oilfields in the Tioga area.  He continued with that for a couple of decades. Sonny then began working as a Drilling Consultant which he continued until his retirement.

In 1990 he married Donna Pretzer. Sonny expanded his family to include two stepsons: Todd and Torey Pretzer and a stepdaughter Julie Pretzer. Sonny and Donna moved to Minot and after retirement to Bismarck and Arizona. Together he and Donna were found to be regulars at the yearly Hostefest where Sonny volunteered for the Red Cross. If Sonny was not traveling with Donna to spend time with family or attending an event, he was rebuilding cars, which was always his lifelong passion.

Sonny will be deeply missed by family and friends. He was not only known to take the role of father or grandfather, to many he was also a great mentor. He always had words of wisdom to share and the love of a humble heart. He instilled good values in all of us and taught us how to live life without compromise. He was a powerhouse of a man, and we will forever be grateful to have had him be a part of our lives.

In lieu of flowers please send a donation to the North Dakota Veterans Cemetery in Sonny’s memory.

Sonny was a kind man who always had a smile on his face. I will always remember his voice and laughter when I would come to visit dad at the garage. He meant a lot to both of my parents. Sending hugs and love to all.

Sonny was our good friend and classmate. The Powers Lake High School Class of 1962 will honor and celebrate Sonny’s life at our 60th graduation celebration reunion in Medora on June 28-30. Embellished stories will be shared and Sonny will be looking down from Heaven with a huge smile of acknowledgement. May he rest in forever peace and May God bless the memory of Sonny Honrud.