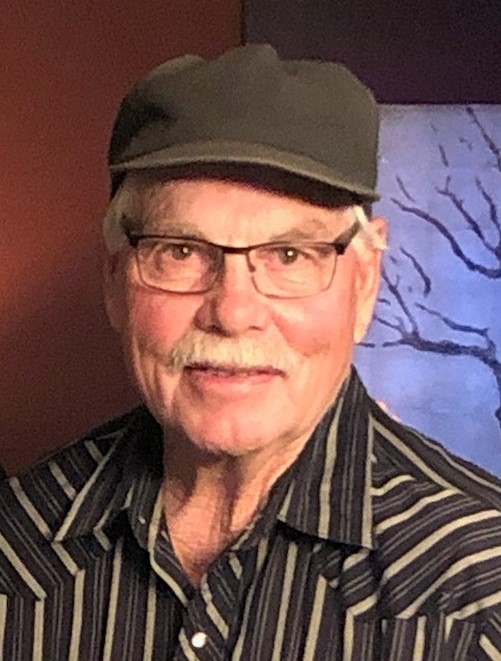 Posted at 13:49h in Uncategorized by staff 0 Comments
Share: 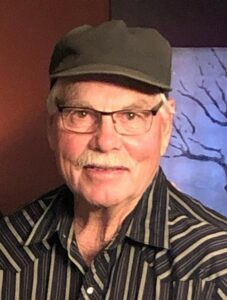 Ronald Fricke was born on June 30th, 1937 in Bismarck to Ralph and Meta (Hilken) Fricke.  He was the oldest of three children, having a younger brother, Dan, and younger sister, Karen.  He spent his entire life on the family farm northeast of Bismarck, which his parents had moved to in 1930.  As a child growing up, Ronald worked side-by-side with his dad on the farm, from milking and tending to cows to the planting and harvesting of grain.  He also actively participated in the 4-H Boys and Girls Club, including showing cattle and submitting grain projects.  Through these experiences, Ronald developed a life-long love and dedication to farming.

After completing eighth grade at the one room schoolhouse in Cromwell Township, Ronald attended Bismarck High School.  Upon finishing ninth grade, at the age of 13, Ronald decided to stop attending school so he could farm full-time.  Although Ralph and Meta encouraged him to continue to attend school and graduate, Ron indicated to his parents that “he knew all that he needed to know” in order to be a farmer.  Ronald proved his words true, as he successfully farmed and built the F-7 Ranch for the next 70 years with his dad and family.  During his lifetime, he planted, harvested and sold thousands of bushels of grain as well as raised, branded and sold thousands of head of cattle.

During his lifetime, Ronald was an active community member.  He served 34 years as a board member at the Farmers Union Oil Co. of Bismarck and Mandan (now Tri-Energy Cooperative) as well as served many years on the Baldwin School Board.  During the 1980s, Ronald served several years as the boys and girls basketball coach at Baldwin Elementary School.  One of his proudest moments as a basketball coach was in 1986 when the Baldwin team, which included his daughters Tonia and Tara, defeated Menoken to win the rural Burleigh county elementary school girls’ basketball championship.  He would often share with his grandchildren the story of how in the championship game “he told Kari and Gwyn to stick right to Jackie when they were guarding her” which was instrumental in the team winning the game.

Ronald’s faith was very important to him.  He was a long time member of the Worldwide Church of God (now Grace Communion International) and served as a deacon and later as an elder, when he was ordained in 1985.  In his local elder role, he assisted the minister of the church by occasionally delivering sermons as well as performing several marriages and funerals.  Although not an active member of a church at the time of his passing, Ronald strove every day to walk in the footsteps of Christ and to “love your neighbor as yourself.”

In addition to his faith and farming, Ronald enjoyed watching sports, especially all forms of auto racing and basketball.  Ice cream was also a favorite of Ronald’s.  He was always offering visitors, especially his grandchildren a bowl of ice cream.

In the fall of 2014, Ronald was diagnosed with gastrointestinal cancer.  Through surgery and treatment, he was able to live cancer free until the winter of 2019 when it was diagnosed that this cancer had returned, this time in his liver.  After that occurred, Ronald continued to engage in treatment until he entered the hospital on June 10th, when he made the decision with his doctor, Dr. Field, that his cancer had progressed to the point he would enter hospice care.  Through his journey with cancer, Ronald always remained positive, hopeful and full of faith.  In his final days, when his oncologist, Dr. Gray, visited him, she asked if she could as she had always seen before, see his bright smile.  Ronald as always, smiled brightly.  Ronald’s faith in God gave him comfort and strength through his battle with cancer and provided him with great peace as his life came to completion.

Although he only completed ninth grade and never received a high school diploma, Ronald’s family will remember him as a well-educated, successful man.  Through his life experiences and work, Ronald became a master farmer, mechanic, welder, electrician, plumber, builder, minister, board member, etc.  More importantly he will be remembered by his family as a great dad, wonderful grandpa and kind-hearted loving neighbor.  As a life-long farmer, Ronald planted much in his life.  The fruits of his labor serve as a testament to him and his life’s work.  He will be greatly missed!

He was preceded in death by his mom and dad, his son Marty and his son Tim’s daughter, granddaughter Raelynn Fricke.

A recording of the service is posted here.