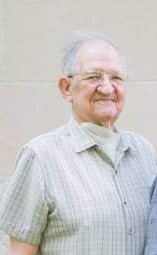 Posted at 19:43h in Uncategorized by staff 0 Comments
Share:

He drove truck for 30 years and retired in 1995. He enjoyed his retirement by watching his grandchildren after school and reading.

He is preceded in death by his parents, Jack and Leah Bryant; his sisters, Helen Grewing and Bev Suther; his daughter, Penny Banks; and his grandchild, Chrissy Lang.

Per Ron’s wishes there will be no services. The family is planning something on July 31, 2021.