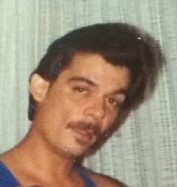 Posted at 20:49h in Uncategorized by staff 2 Comments
Share:

Robert Alan Desormeaux was born to Tannis and R. and Grace M. (LeCompte) Desormeaux in Mt. Clemens, Michigan on February 9, 1962.  He was their third son and fifth child.

Rob, as he liked to be called, attended school in New Baltimore until the age of eight, when the family relocated to Denver.  Then later in life he met Marlene Little Thunder, the mother of his two children Rose Marie and Michael Joe.

He enjoyed music and liked working on cars.  Rob was a hard worker.  He had a hand in demolishing and reconstructing Larimer Square in downtown Denver.  A feat he was very proud of.

Eventually moving to North Dakota, his mom’s motherland, to be close to her and other family members.  Rob remained in the Bismarck area for many years where he had a lot of friends.

Robert was preceded in death by his parents and siblings, ML, UM, DR.

We are all going to miss you so much Rob!

I’ve known Rob for many years in Bismarck. He was a kind man and a great conversationalist.
Peace to his family and friends.

Hey Rob, sorry to hear of your passing, my condolences to family, i know your in a better place. Tell Grace hello and i miss seeing her, Rest In Peace Cousin.