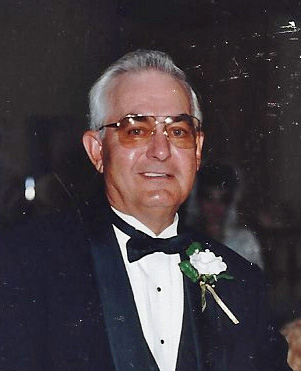 Richard Geist, 81, passed away on January 22, 2020, at the Missouri Slope Lutheran Care Center.  A memorial service will take place on Monday, January 27, 2020, at 7:00 p.m., at the Bismarck Funeral Home.  A time of gathering will begin at 5:00 p.m.  Burial will take place later this spring at the Driscoll Cemetery.

Dad grew up on the farm south of Driscoll and attended school in Driscoll until age 17, when he enlisted and proudly served four years in the U.S. Air Force.  He traveled to Okinawa, Japan and was then stationed in Rapid City, SD.  He was honorably discharged in 1959.  Shortly after, he met the love of his life, a beautiful woman named, Virginia Hanson.  They started dating and were married on June 4, 1960.  To this union, three daughters were born, Deb, Bonnie and Sherri.

Dad had many jobs in his life, from 11 years with the State Highway Department, as a heavy equipment operator and then a foreman, a labor union rep, managed an Insurance Agency, Owned a mobile home service business, and owned a hardware store, sold fireworks, and later in life worked for green thumb.  He also did a lot of woodworking.

Richard and Virginia moved to Mandan, where they lived for ten years prior to failing health, which moved them to the Missouri Slope Lutheran Care Center, where they have resided for the last two years.

He was preceded in death by his parents; brother, Adrian; sister, Marlys Ann; mother-in-law, Emma Hanson; and numerous other extended family.

The family would like to thank Missouri Slope Lutheran Care Center and CHI for all the care they gave Dad the past few years.