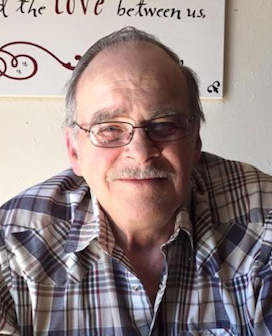 Posted at 15:18h in Uncategorized by staff 0 Comments
Share:

Ralph Kriege, 76, of Spearfish, SD, surrounded by his family, went to be with the Lord on Tuesday, October 22, 2019.  A memorial service for Ralph will be held at 10:30 a.m., on Saturday, October 26, 2019 at Lutheran Church of the Cross in Bismarck, ND, with Pastor Lisa Ahlness officiating. 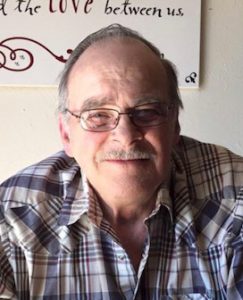 There will be a Prayer and Share service for friends and family Friday, October 25 at 7:00 pm at Lutheran Church of the Cross.

Ralph August Kriege was born on May 23, 1943, in Kadoka, SD to Irene and Bob Kriege.  He was the youngest of six children. He attended grade school at the Big White School, near White River, SD.  and then moved to Buffalo, SD with his parents, two sisters and one brother. He graduated from Buffalo High School in 1961.

In 1960, Ralph met the love of his life, Alyce Loftsgaard while working weekends for a neighboring farmer. They were married in Bison on May 24, 1965.  To this union two children were born; son, Paul and daughter, Jennifer.

Ralph was a welder by trade and he and his son Paul ran Kriege Welding in Bowman, ND for many years. It was during this time he met his future daughter-in-law, Julie Nay and son-in-law, Josh Jeffers. They never really were “in laws” as they soon became his other two children. Ralph and Alyce moved to Dickinson in 2000 where Ralph continued his welding profession at K & K Manufacturing, in New England, ND. When Ralph decided to hang up his welding helmet, he and Alyce moved to Bismarck and he managed Parkwood Apartments until 2016 when they retired to Spearfish.

Ralph enjoyed hunting, fishing, playing cards and most of all camping with his family and friends. These are all loves that he passed on with pride to his children and grandchildren. But most of all, his passion was love of family.