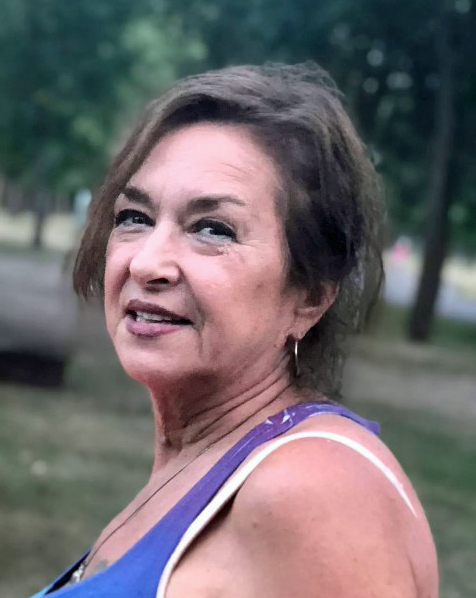 Posted at 19:38h in Uncategorized by staff 6 Comments
Share: 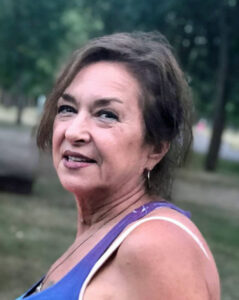 Priscilla was born in Bismarck on December 8, 1955, to John H. and Pearl Basaraba. She was raised in Wilton, ND with her siblings.  She had many fond memories of running free on her family farm. In her marriage to Dave Anderson, she welcomed her children Holly and Daniel. In 1989 she began a journey with the love of her life, Charles Bruce Nygaard.  Priscilla and Bruce raised their three daughters Arianna, Amy and Hannah in the family home. Chilla was a jack of all trades, from decorating, insulating, interior painting to land scaping. Priscilla worked as a waitress for many years at various restaurants, the last being The International Restaurant.  In 1992 she graduated from MedCenter One College of Nursing.  Priscilla touched many lives while working at Sanford (formerly known as MedCenter One) during her 27-year career as a Registered Nurse.

Priscilla made her yard into her oasis and could be found in her garden and perfecting her lawn during the warmer months. She was always excited to share her new plants and garden decor to those who visited her.  Priscilla also enjoyed holidays and decorating her home and yard to reflect that. This was something she looked forward to, as it brought immense joy to her family (particularly her grandkids).  Her husband was always amazed at her extensive knowledge on the names of her various plants and flowers in her garden (which also found their way into her home).

Fridays and Saturdays Priscilla could often be found cruising the streets of Bismarck/Mandan with her daughter Holly searching for treasures at garage sales. Most of her children and grandchildren’s wardrobes consist of her fabulous findings. Sundays were designated for family time with dinner (especially her famous caramel rolls) and entertainment provided by Priscilla herself.

She attended Vikings training camp for eleven years. On one occasion she chased Daunte Culpepper down the street for an autograph…which was a success! In 2009 Chilla and Bruce attended The K-LOVE Cruise in the Caribbean along with her partners in crime, Brent and Julie. In 2013 the pair went to Israel with their church, New Song. During this opportunity Priscilla saw the place where Jesus walked and was baptized in the Jordan River. She was a woman who walked by faith, anyone who knew Priscilla knew she had the love of Jesus in her heart.

The rivalry for Chillas affection amongst her children was intense. The arguing of “Who is moms favorite” is still ongoing to this day (unanimously decided to be Dan).

She was a lover of animals, especially cardinals and dogs. Each morning she enjoyed a cup of coffee outside with her two beloved golden retrievers Axeman and Clover, even in the cold North Dakota winter months. Most of all she loved spending time with her husband, siblings, children, and grandchildren.

In 2008 Priscilla was diagnosed with Multiple Myeloma. She never let that overcome her life and spirit. In 2019 she was then diagnosed with Acute Lymphoblastic Leukemia. During this time, she received outstanding support from loved ones, this was shown at her benefit in 2019. In 2020 she received a bone marrow transplant with a donation from her daughter Arianna. She was cared for by loved ones throughout her three months stay. This provided loved ones a special bonding time. Family and friends were given two beautiful years with Priscilla after the transplant. The family would like to thank those who provided her with this exceptional care; Dr. Kurniali, Sanford nurses/CNA’s; Dr. Hogan, Mayo clinic in Rochester, MN.

You will be greatly missed by so many. I will always remember your big smile and laughter!

She was a great lady to work with…very compassionate and caring. Thoughts and prayers to the family ❤️

Bruce and family, I am so sorry, shocked and speechless to read today that our beautiful Priscilla is gone. I am going to miss out back yard visits. I know God has gained a fantastic grounds keeper and that my back yard won’t be the same with out her puttering presence in your adjoining back yard. Sometimes just knowing she was over there. Pulling weeds was a great comfort and joy we didn’t even have to speak. Just doing what we loved together. I’m so sorry for your loss. I know I am going to miss her too. My thoughts and prayers are with you at this most difficult time.

So very sorry to hear of Priscilla’s passing. I worked with Priscilla for many years at Medcenter One. I saw Priscilla a couple of years ago at the grocery store and we had a nice, long visit in the aisle. We reminisced about our wonderful days at the Medcenter One Inpatient Rehab and we both teared up a bit. Those are treasured memories. Priscilla was a wonderful nurse who helped many people through the rehab process and served their families well too. Peace, love, and prayers.

So sorry to see that “Chilla had passed Away . She waited on us for many years. What a friendlly outgoing woman. She visited with us several times about going back to nursing school. What a great decision to make. Our thoughts and prayers are with you .. Jerry & Donna Woodcox