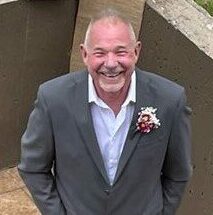 Posted at 00:30h in Uncategorized by staff 0 Comments
Share: 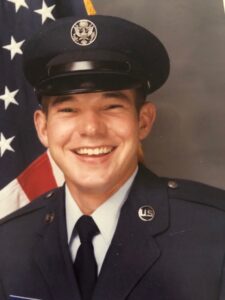 Peter (Pete) Joseph Weisbeck, 59, of Bismarck, died on October 14, 2021 at 3:21 pm, peacefully with his family by his side after a short, courageous battle with cancer.

Visitation will be held on Monday, from 5:00-7:00 PM at Bismarck Funeral Home, Bismarck, with a Prayer Service and time of sharing at 7:00 PM. Visitation will continue at the church one hour prior to the service on Tuesday.

Pete joined the North Dakota Army National Guard in 1979 before graduating from Devils Lake High School in 1980.  He continued his military career by joining the United States Air Force.  He was stationed at Beale, AFB, CA before leaving for Germany for seven years while also serving in the Desert Shield/Storm from 1990-1992, returning to Beale until 1993.

In 1993 Pete returned to Bismarck working various jobs before receiving his Master Plumbers license.  In 2004 he opened his own, very successful business, American Plumbing.  Pete’s reputation for perfection followed him to each and every job site.  Whenever people saw him, they would say, aren’t you “Pete the Plumber”?

In 2009 Pete pursued his dream to fly. On July 6, 2013, he earned his Pilot’s license.  Shortly after he purchased his first plane. With his love to go faster he purchased a Piper Seneca Twin engine.  Flying was not his only passion, he loved being with his wife Theresa, riding his Harley, getting speeding tickets in his Corvette, tipping over his side by side, or riding their snow mobiles.

It was in 2011 that Pete met the love of his life, Theresa.  Together they shared so many adventures.  On May 15, 2021, they were joined in marriage in the Black Hills where they owned a cabin.  Pete and Theresa loved the calming beauty from their cabin deck.

He is preceded in death by his father, Joseph Weisbeck; father-in-law, Frank Vojta; his grandparents; and many aunts, uncles, and his cousins.