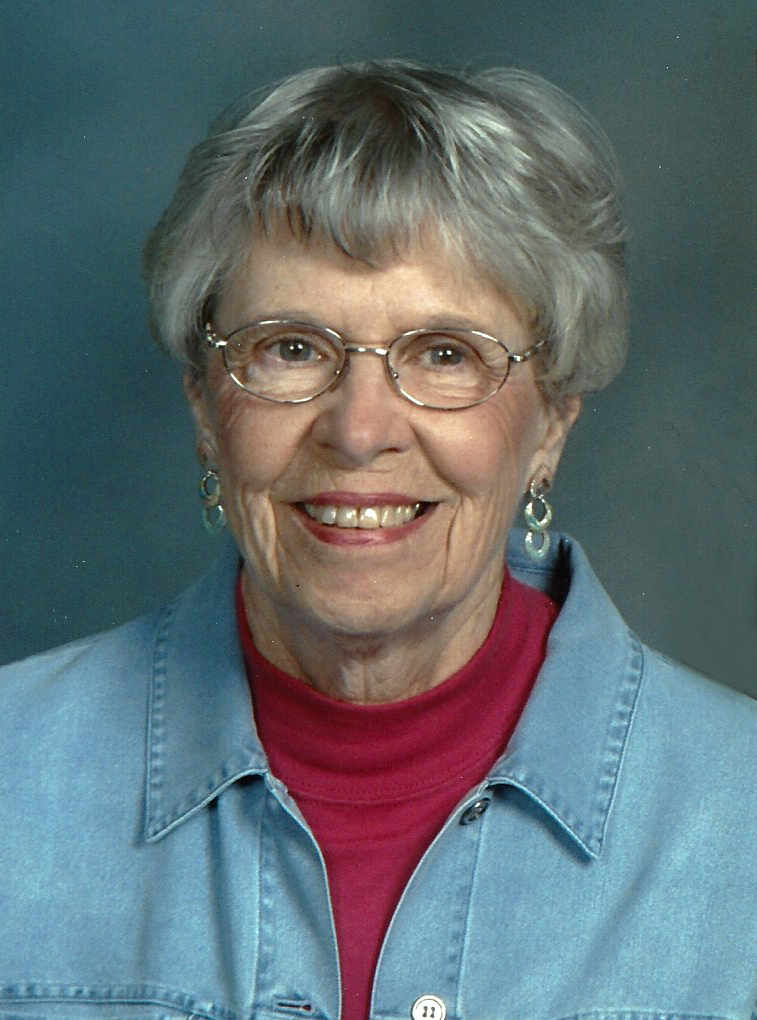 Posted at 16:02h in Uncategorized by staff 15 Comments
Share: 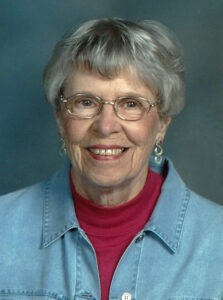 Patricia Mae (Schindele) Johnson, 93, of Bismarck, passed away on April 19, 2022, Edgewood Assisted Living.  A memorial service will be held on Tuesday, April 26, at 11:30 a.m. at Good Shepherd Lutheran Church with Rev. Julie Anderson officiating.  Burial will be held at the North Dakota Veterans Cemetery.

Patricia was born on March 30, 1929, to John and Erma (Polhamus) Schindele.  She was born and raised on a farm.  She attended school in Tolna graduating from Tolna High School.  Patricia attended Valley City State Teacher’s College earning her teaching certificate.  She started her career in Lakota and it was there where she met her best friend, Everett Johnson.  They were married on June 1, 1951, and together they raised two daughters.  She and her family moved around the state of North Dakota for Everett’s work with the USDA Soil Conservation Service.  Patricia taught elementary school in many of these locations.  In 1997, they moved to Bismarck.

She was a lifetime member of the American Legion Auxiliary.  Patricia was involved in numerous community and church activities especially enjoying quilting and Circle. Pat was a very social person who loved to visit with people.

She will be deeply missed by her daughters Linda Johnson, of Wahpeton, Julie (Jerry) Schock, of Redding, CA.  She is also survived by her grandchildren, Tiffany Schock and Chip Schock, brother Ron (Carol) Schindele, sister-in-law Isabelle Weaver and many nieces and nephews.

She was preceded in death by her husband of 62 years Everett, her parents, and several extended family members.

In memory of Patricia, the family prefers memorials to be given to a charity of your choice.

We are so sorry to hear about the passing of your mom. Our thoughts and prayers are with you.

So sorry to hear about Pat. She was a wonderful person.

Linda and Julie we are with you in our prayers and thoughts. Pat was a wonderful person and we will all miss her. So sorry we can’t be there . Ron and Carol

Pat and Everett were such great neighbors and good friends to us when we lived in Carson. Judd loved her as his kindergarten teacher as she was “One of the Best”. Our sympathy to Linda and Julie and their families.

We were so sorry to here of Pats passing!! She was such a wonderful person, I considered her my friend!! Worked with her at Carson Public School!! It was a wonderful experience! May God wrap his arms around you all now and in the upcoming days, with his Love , Guidance and Strength!!

Linda And Julie sorry for your loss prayers go with you.

Sad to hear of the loss of Patricia as she was such a nice lady and my teacher. Prayers to Linda and Julie and their families.

Linda, Julie & family,
So sorry to hear of your Mom’s passing. Praying that you find comfort and strength in the coming days ahead. 🙏🙏🙏
Ron & Mary

I wanted to share my condolences for the loss of Pat. She was such a sweet and kind person.

Prayers to the families. She was a wonderful lady who passed on many of her traits to her daughters Linda and Julie. Hugs to all.

Linda, your parents raised two strong, independent women. I enjoyed visiting with your mom when she came to church on her visits to you. Our condolences.

Pat was a very lovely lady she was at st Vincent’s nursing home with.me.she was my neighbor she was a very caring lady with a heart of gold .I will never forget you pat rest in peace

Linda, so sorry to hear of your Mom’s passing. You and your sister will cherish the memories and your Mom will always be in your thoughts. Thinking of you during this difficult time. Randa

Linda, Julie and families, sending you my sympathies. It’s a tough time.

Julie, Carol and I just realized we missed your mothers funeral today and are so sorry. We knew we would see you there and can’t believe we forgot that it was today. Again, we are so sorry that we didn’t get to see you and also sorry for the loss of your Mom.