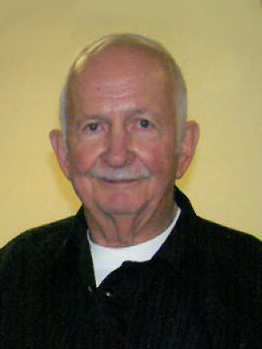 Posted at 19:55h in Uncategorized by staff 2 Comments
Share: 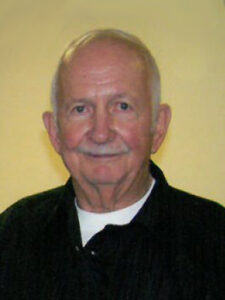 Merril Rivinius, 84, Bismarck, North Dakota, went home to be with his Lord and Savior on Monday, March 28, 2022, at CHI St. Alexius Medical Center.

Funeral Services will be held at 11:00 AM, Saturday, April 2, 2022, at First Baptist Church, Mandan, with Rev. John Miller and Rev. Tim Butler officiating.  Visitation is from 5:00 -7:00 PM, Friday, April 1, 2022, with a prayer service beginning at 7:00 PM, at Bismarck Funeral Home.  Visitation continues one hour prior to the service at the church.  Burial will be in Fairview Cemetery, Bismarck.

Merril was born March 27, 1938, on the family farm in Griffin Township, in Stutsman County, North Dakota, to Conrad and Frieda (Meisch) Rivinius.  He was raised and educated in Gackle, North Dakota and graduated from Gackle High School in 1956.  He received his Bachelor of Science Degree in civil engineering from North Dakota State University in 1960.  On October 17, 1964, he married Beverly O’Neil from Glyndon, Minnesota, at First Baptist Church, Bismarck.  Merril was employed by the State of North Dakota until 1965 and then started a private engineering firm providing engineering services to counties, cities, airports and land development projects.  He also continued with his farming interests and his commercial development projects in and around Bismarck.

He loved flying and was involved in aviation for over fifty eight years, having owned many different aircrafts.  He donated his last aircraft, a 1946 red Ercoupe 415-C, to the Dakota Territory Air Museum in Minot, North Dakota.  His air travels included areas of Alaska and Mexico.

Merril always maintained deep German-Russian roots, visiting where his forefathers lived in Germany.  In 2001, he made a trip to Russia, where he was able to visit the school and church where his grandfather John and great-grandfather Gottleib Rivinius attended.  His desire to learn more about the Holy Land, led him on two trips to Israel.  He also took a cruise on the Caribbean Ocean, with a stop in Cuba, cruising on through the Panama Canal to Peru.

He is survived by his daughter, Diane (Dale) Harsche, Bismarck; one sister-in-law, Rita Rivinius, Gackle; one grandchild, Michael (Megan) Harsche, West Fargo; one great-grandchild, Owen Harsche; and numerous nieces, nephews and cousins.  Also surviving, is his beloved friend, Tommi, who has been by his side for the past six years.

Merril was preceded in death by his parents; his wife, Bev; one sister, Corinne Coleman; one brother, Ivan “Buddy” Rivinius and two brothers in infancy, Darrel Dale and Kevin Keen.

So sorry for the loss of your father. He was a good man.

Diane ~ Thinking of you and your family during this sad time. Keep the fond memories close to your heart. In friendship and prayers ~ God’s Blessings!