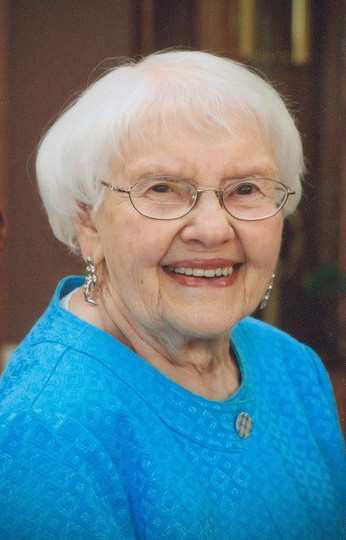 Posted at 20:23h in Uncategorized by staff 0 Comments
Share:

Mavis T. Anderson, the daughter of a North Dakota homesteader and threshing crew cook and homemaker, a loving wife and mother, passed away peacefully on January 6, 2020.  A Memorial Service will be held at 10:00 am, June 15, 2020, at Good Shepherd Lutheran Church, Bismarck.  A livestream of the memorial service will be available to watch on the Bismarck Funeral Home and Crematory Facebook page.  A private family burial has taken place in Velva, ND.

Mavis Arlaine Louise was born March 20, 1927 at Mrs. Quammen’s “baby house”, Velva, to John and Ida (Kleppe) Torgrimson.  She was raised on the Torgrimson homestead near Bergen, ND.  Mavis completed her elementary education in Bergen and graduated from Velva High School in 1945.  After her freshman year at Concordia College in Moorhead, MN, she transferred to Minot State College.  She received her education degree in elementary and music education in 1949.

Mavis married Charles “Chuck” Anderson on June 20, 1948.  Following college graduation, they taught school in Coteau, Alamo and Noonan before moving to Velva.  They soon decided to return to the family farm and, in addition to teaching for several years, were engaged in small grain and pork production until their retirement from farming in 1984.  In 2001 they moved to Bismarck.

Chuck and Mavis were blessed with three children – Zana, Kim and Cary.  Grateful to call her mom, she raised her children with love and the ability to raise her right eyebrow.

Mavis was very involved in community organizations and activities.  She directed a community men’s chorus and church choir.  While engaged in farming, Mavis was state president of North Dakota Pork Council Women and an executive board member of National Pork Council Women.  She served on a number of church organizations at the local and conference level and was active in the Republican Party.  During the years Chuck served as a State Representative, she could often be found in the chamber balcony taking in the day’s activities.  After moving to Bismarck, Mavis was a member of the Bis-Man Transit Board and involved with the North Dakota Association for the Blind.  While her vocation was elementary and music education, she always said her favorite job was as a volunteer at the North Dakota Heritage Center.

Mavis lived her life with integrity, a deep faith, and was always ready for a new adventure.

In lieu of flowers, should you wish to give a memorial, her family suggests State Historical Society of ND Foundation or Metigoshe Ministries.

To watch the Funeral Service for Mavis, please click here.