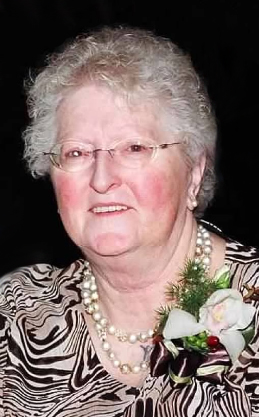 Posted at 22:33h in Uncategorized by staff 0 Comments
Share:

She was born September 2, 1938 to Sheril and Loretta Keena in Grafton, ND. She was the youngest of 10 children earning her the name of “Baby Jane” by her siblings. She graduated high school in 1956 from Hamilton, ND. She was married to William Cummins on May 22, 1957. Together they moved to Williston, ND where they lived and raised their family for many years. From this union 3 children were born: Cy, Marlon (Ted), and Char. Their marriage ended in divorce after many years.

Jane worked at Bethel Lutheran Home as an aide and a book keeper at Sitting Bull Auction for many years. She also opened her heart and home to babysitting area children, which brought her great joy. She was well known for her baking and cooking skills.

Family was very important to her, always looking forward to the next time we were all together. Her walls were covered in family photos, evidence of her great love for them. In 2008, she relocated to Bismarck, ND to be near her daughter and closer to her great grandchildren, earning her the title of “Nana” which she loved.

She was proceeded in death by her parents; son Marlon (Ted); brothers Harvey, Louis, John (Jack) and Earl and her sister, Faye.

Funeral will be held Saturday, January 23, 2021 at 10:30 am at United Methodist Church in Williston, ND. Burial at Riverside Cemetery to follow. Family asks that masks be worn to follow CDC guidelines.