Posted at 13:42h in Uncategorized by kkbold 0 Comments
Share: 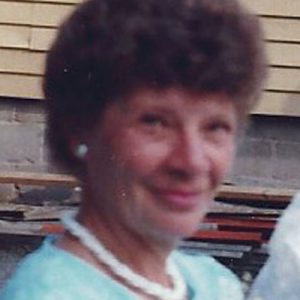 Mary Ann Berger, 82, Richardton, died September 27, 2019.  Mass of Christian Burial will be on Thursday, October 3, 2019, at 12:30 p.m. at Cathedral of the Holy Spirit Catholic Church.  Inurnment will be at the North Dakota Veterans Cemetery, Mandan.

Mary was born on October 24, 1936, in McLean county, to Nicholas and Agnes (Marx) Allers.  She grew up on the farm and moved to Garrison, ND.  She graduated from Garrison High School in 1954.

Mary was united in marriage to Albert Berger on July 30, 1960, at the Cathedral of the Holy Spirit.  During her working years, she worked at Q&R Clinic and later co owned with her husband three bowling centers and a drive-in theater.  After retiring she enjoyed doing word searches, jigsaw puzzles and playing Solitaire.  She traveled to 49 of the 50 states and went on several cruises.  They were snowbirds and spent many winters in Arizona and Florida.