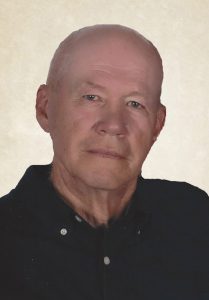 Mass of Christian Burial will be celebrated at St. Mary’s Catholic Church, 806 E Broadway Ave, Bismarck, Friday, August 7, at 10:30 AM. Please wear a mask and social distance. Burial will be held at the North Dakota Veterans Cemetery, Mandan.

Louis Bosch was born on May 28, 1934 at the family homestead south of Linton, ND; the oldest of Clemens and Mary (Hager) Bosch’s 8 children.  He attended school in Linton and Temvik, while helping his dad farm.  As the eldest, he would also be responsible to look after his younger sisters and brothers.  Sometimes he would put large barn spiders on a stick to chase his siblings around the farm.  In his youth, his pride and joy was his pony named Silver, whom he occasionally allowed his younger siblings to ride.

Before Louie ever played a down of football, the coaches from Bismarck Saint Mary’s Central High School visited him on the family farm to recruit him to play on their team. He was a member of Saint Mary’s 1951 state championship football team which was later inducted into the Saint Mary’s Central High School Hall of Fame.  After graduating from Saint Mary’s in 1953, he enlisted in the United States Navy serving at Midway Island and at Misawa, Japan, earning the rank of communications technician Petty Officer 2nd Class. While in the Navy, Louie played football for the All-Navy team and would generously send gifts home from Japan to his parents and siblings. Following his honorable discharge from active duty in the Navy, he received a scholarship to play football at the University of North Dakota where he earned a Bachelor of Science degree in education.  He would later re-enlist to serve as a reservist in the Army until 1973 and as a Navy reservist until 1977.

While attending the University of North Dakota, Louis met Mary Ann Fitterer, a friend of his sister Mary, who was working as a nurse at Saint Alexius Hospital in Bismarck.  They married on June 18, 1960.  After earning his degree, Louie taught social studies and coached football at Washburn High School (2 years), Stanley High School (2 years) and Mandan High School (21 years) before retiring in 1989. In 1975, his final season as the head football coach at Mandan, the Braves gave his alma mater Saint Mary’s their only loss of that season.

Louie leaves behind 3 sisters, Mary, Gen, and Helen, along with 2 brothers, Jim and Chuck.

He is preceded in death by his parents Clemens and Mary (Hager), brother Tom and sister Lucy.