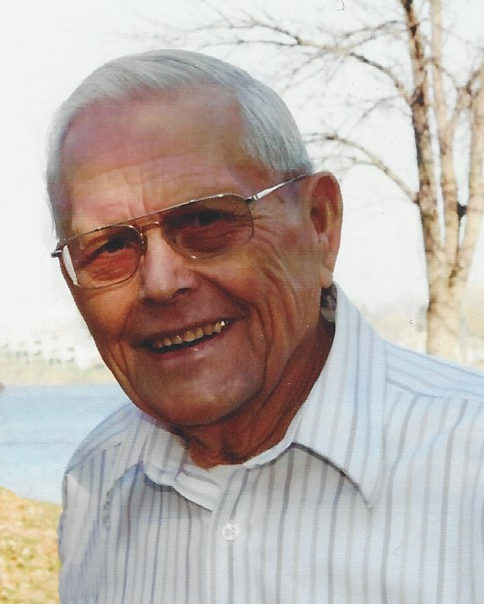 Posted at 16:08h in Uncategorized by staff 0 Comments
Share: 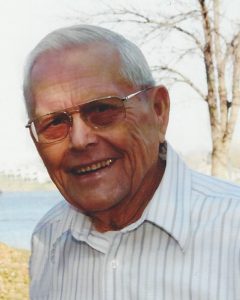 Lawrence S. Engleman, 95, passed away May 20, 2020, of complications of the Covid-19 virus at Cherrywood Pointe, Plymouth, Minnesota.  His last ride in life’s rodeo was a tough one but he has now joined Arzella for eternity.

Lawrence was born October 6, 1924, to Smith and Laura (Sueltz) Engleman and grew up on the family ranch with his sister, Lucille.  Early in his childhood he exhibited an innate ability to work with animals including a dog and a rooster that he taught to pull a wagon he had built.  He drove a team of horses in the hayfield by the age of nine and shortly thereafter, learned to weld and began to repair and build machinery.   His elementary school years were spent at the nearby country school, but he attended Valley City Normal High School.  After his high school graduation, he returned to the ranch where he was put in charge of the livestock operation.

He married Arzellla Ode October 31, 1948, in Bismarck, N.D. and the two of them spent 70 years together working side by side developing and managing the ranch. Lawrence focused on increasing the breeding efficiency in his herd and in 1969 his breeding program was featured in the Dakota Farmer magazine.  He was also dedicated to managing the grasslands in a manner that would encourage the growth of native prairie grasses.  In 1971, the ranch received recognition from the Conservation Districts of America for outstanding range management.   In March of 1981, a dispersion sale of the herd was held allowing Lawrence and Arzella more time to travel around the world.  In the spring of 1991, the ranch was sold, and they moved to Bismarck to retire.  This also allowed them to enjoy watching their grandchildren grow and participate in sports and musical events.

He is survived by his daughter, Cheryl and her husband, Neal Kalberer; five grandchildren, James (Michelle) Kalberer, Gregory (Amy) Kalberer, Erin (Jon) Wessling,  Benjamin (Jenna) Engleman, and Peter (Amanda) Engleman; seven great-grandchildren, Emma, Katelyn, Grace and Cooper Kalberer, Jacob and Sophia Wessling, and Remy Engleman.  We will all miss his jokes and stories, many of which we heard several times! He was preceded in death by his parents, wife, Arzella, son, James and sister, Lucille Hegebush.

The family would like to thank the staff at Cherrywood Pointe, where Dad was fondly called “Grandpa”, for their love and care and the staff of Fairview Hospice who comforted him during his final days when we could not be with him.

Memorials to Annunciation Monastery, Bismarck, ND, or the charity of your choice are preferred.