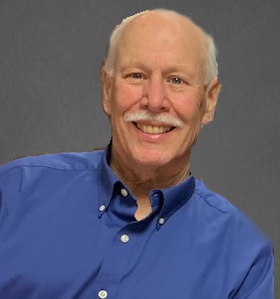 Posted at 16:47h in Uncategorized by staff 17 Comments
Share:

Kim Michael Kolegraf, 71, of Bismarck, ND passed away August 26, 2022, at his home in hospice care, after a summers short battle with liver and blood diseases. His wife and daughter were by his side.

A Celebration of Life will be held on Thursday, September 1, 2022, at 2:00 pm at the Bismarck Funeral Home, Bismarck, ND with Pastor Hoots officiating. Visitation will be held prior to the service from 12:00 – 2:00 pm.

Kim was born on June 12, 1951 to Theodore and Marjorie Kolegraf. The family moved from Hope to Cooperstown, ND in 1963. He graduated from Cooperstown High School in 1969. He attended and graduated with a degree in Architectural Drafting from Wahpeton State School of Science. He briefly worked for Capp Homes in Minneapolis, MN. With a draft number of 51, he wisely enlisted in the Army, where he was stationed in Germany.

Upon his honorable discharge from the Army, he worked for Melroe in Cooperstown. He transferred to Bismarck and worked for Bobcat Company for over 34 years. He retired in 2008 as a Senior Tool Engineer. He enjoyed 14 years of retirement.

On January 16, 1982 he married Debbie Sue Hoglund Olafson. He was the best dad EVER to their daughter Kelly. Kim was a constant in Kelly’s life for as long as she can remember. He loved being her dad. He showed her this by always having her back, and calmly providing guidance.

Kim planted and nurtured hundreds of trees that surround their property. He could tell you the variety and purpose of each tree. He also enjoyed gardening and mowing the lawn. He was a perfectionist in everything he did.

As a husband of a certified horsewoman he was the hay hauler, fence fixer and supporter of Deb’s passion. For years he helped mark trail for several endurance rides held in ND, as well as driving and traveling to many in and out of the state and Canada.

Kim enjoyed being an outdoorsmen. He spent time hunting, fishing, camping and golfing. He was an avid fan of the Minnesota Vikings, Twins, Wild, as well as NDSU Football, UND Hockey and NASCAR. He visited many National Parks and had hoped to visit even more. He did a solo trip from Colorado, to TX via AK, KS, NE, SD visiting National Parks and attending a couple baseball games along the way.

A special thank you to Oryn Wagner, Dennis Fuller, Dave Owens, Dale Minar and Earl Mcclenathan for all you did for Kim and his 1977 Z-28 Camaro restoration project.

Kim will be deeply missed by his wife Debbie, daughter Kelly Olafson and Oryn Wagner – his “Bismarck Brother”. He is survived by brother James (Jan); sister Dawn (John) and numerous nieces and nephews. He was preceded in death by his parents, grandparents and sister Linda.

Kim will be remembered by his friends and family as a gentle, kind and compassionate man.

It was always a treat talking to Kim, of course it was always about chasing elk. I will miss those conversations.

I feel lucky to have seen Kim more and spent time with him these past few years. I’ll miss him.

I am so sorry for your loss. My knowing the Kolegraf family goes way back to Cooperstown. May God comfort you.

Dear Deb. I am so very sorry. You are in my prayers.

Jim, so sorry for your loss.

So sad! He was such a nice and kind man! Love to his wife and daughter !!

I am so sorry for your loss. Kim was always so nice and helpful at endurance rides. He was always willing to help me or give me advice. He will be greatly missed.

Our deepest sympathies go out to you Deb and Kelly. May the Lord give you peace and comfort during this difficult time. Praying for you!!

I’m so sorry to hear of Kim’s passing! He had an infectious smile and was always so kind and calm. Much much love and prayers for Deb and Kelly.

Dear Deb and Kelly, you are in my thoughts and prayers at this difficult time. Kim was such a kind and gentle soul.

God’s love is always there for you-Trust in God to strengthen you as only he can do.
So sorry to Hear.
Farrel and Gail Carlson

So sorry Deb. I will try to follow the services tomorrow at two mountain if I can get out of class early.

I am sorry to hear about Kim. He will be missed! You are in our thoughts Deb and Kelly.

I am so very sorry for your loss. May God bring me comfort during this difficult time.

Kim was a good man that would help anyone out. I enjoyed hunting deer with him on the farm in Cooperstown. We will miss him. Dan and Lisa Hoglund

Sorry for you loss. Kim was a good friend and co-worker for many a years. He will be missed.

So sorry for your loss. I worked with Kim at Bobcat and was a great guy.