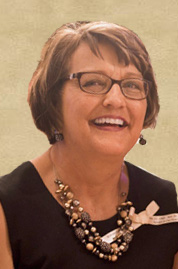 Posted at 21:37h in Uncategorized by staff 0 Comments
Share:

Karen Morrison, 63, Robinson, passed away November 3, 2020 peacefully with family by her side.

A funeral service will be held at 11:00 AM, Saturday, November 7, 2020 at Tuttle United Methodist Church, Tuttle, ND. For those unable to attend, a livestream will be on Bismarck Funeral Homes Facebook page. For those attending, masks are recommended.

Burial will be held at the Fairview Cemetery, Robinson, ND.

Karen Helen Fuhrman was the youngest of four children, born to Oscar and Cecelia (Welsch) Fuhrman on May 31, 1957, in Harvey. She was raised a farm girl in Bowdon and preferred being outside, always helping her dad in the field. Following her graduation from Bowdon High School in 1975, she attended Bismarck Junior College and obtained her nursing degree.

Karen added a few speeding tickets to her record during her college years, racing home on the weekends, where a young Robinson farmer, Dan Morrison, was waiting for her. And on December 6, 1980, he was waiting for her at the altar. Dan and Karen would have celebrated their 40th wedding anniversary next month.

The Morrisons made their home in Robinson, where daughter, Laura, was born in 1983, and son, Nate, completed the family in 1994. In 1989, Karen and Dan built their home on the east edge of Robinson, where Karen tended the lawn, garden and long stretch of trees lining the driveway. She turned her green thumb into a business venture, operating a greenhouse adjacent to the Morrison home for 15 years. Karen’s Greenhouse was a favorite spring stop for many local gardeners, and Karen made sure to teach the next generation her secret to planting the perfect flowerpot – “a thrill, a spill and a fill!”

Karen also worked at the local bank, a position she held for 30 years. After retiring from the bank, she worked part-time in activities for Golden Manor in Steele and prepared meals for the Robinson Senior Center.

Karen was a devoted wife and mother, always attending her kids’ and grandkids’ activities and making sure there was a meal ready at home. She was also a devoted community member and friend. She was a church pianist, Fairview Cemetery sexton and longtime member of Robinson United Methodist Church. She served in many capacities, including on the church council and township board. She had a wide circle of friends, including a handful of close girlfriends who were always on the go, whether for their annual Medora getaway, birthday dinner or shopping trip.

Her later years were filled with the love of grandchildren. Carter and Avery shared many special moments with Grandma Karen. She also enjoyed many rounds of golf at Cottonwood Golf Club with the girls and anything that meant getting dirt under her fingernails.

Karen made many contributions – in ways seen and unseen – from making meals and taking folks to doctor appointments to mowing lawns and helping the elderly. She was the friendliest, caring face on Robinson’s unofficial welcoming committee. Karen was forced to slow down in recent years due to the degenerative disease Multiple System Atrophy. For someone who has always taken care of others, it was hard to see this role reversal. The family is grateful to the many friends, community members and Golden Manor staff for the care and dignity offered to Karen during the latter part of her life.

She was preceded in death by her parents; brothers-in-law, Allen Richter and Dennis Sailer; and sister-in-law, Rosemary Morrison.