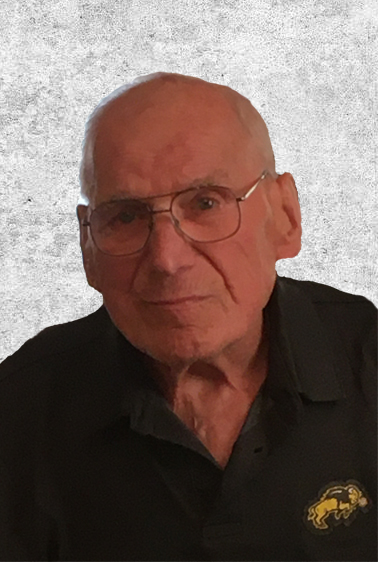 Posted at 22:01h in Uncategorized by staff 2 Comments
Share: 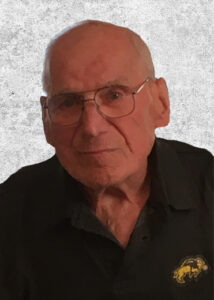 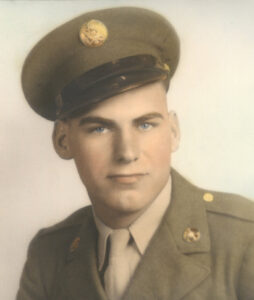 Joseph Kurtz, 98, of Bismarck, passed away peacefully of natural causes at his home on February 7, 2022.

Visitation will be held Thursday, from 6:00-7:00 PM at Bismarck Funeral Home, with a Rosary and Vigil Service at 7:00 PM.

Joe was born on July 26, 1923 to Casper and Louise (Keller) Kurtz in Devils Lake, ND where he was raised and educated.

Soon after graduation he joined the United States Army and proudly fought in WWII where he was wounded on the battlefield in Belgium.  He received a purple heart for his right leg wound and for laying on the battlefield 12 hours before being taken to safety. He also received a Bronze Star for carrying his Company Commander to safety and a few days later while under fire carried his Assistant Company Commander to safety as well.  On June 19, 1945, Joe married the love of his life, Dorothy Zielke in Devils Lake, ND.  After his honorary discharge from the US Army in 1946 he settled in Bismarck, ND where he worked as a master mechanic for 43 years at Fleck Motors and succeeding owners until his retirement. Joe enjoyed camping, wintering in Arizona, traveling, woodworking, carpentry, and gardening.  He kept himself busy as a handyman, always tinkering away on his latest project.  He often would say, “use it up, wear it out, make it do, or do without”.

Joe had a deep Catholic faith that he showed by his devotion by never missing a morning mass and praying the Rosary. His profound faith shined through his love for his family.  He had a willingness to help others with nothing ever expected in return.  He held a special place in his heart for all his family who will treasure the moments they had with him.

The family would like to thank the CHI St. Alexius Health Home Hospice and the VA Medical team for their great care and support.  Also, a huge thank you to Brian for taking great care of dad granting his wish to continue to live at home.

In lieu of flowers the family requests donations be made to a local veteran organization of donor’s choice, or the Cathedral of the Holy Spirit.

So sorry about your dad. I always remember your dad going to daily mass with your mom. Thinking of you Patty, Kathy and family❤️

to the Joe and Dorothy Kurtz family: I always appreciated Joe and Dorothy’s love of their children. This was so evident at parent teacher conferences at Cathedral Grade School during the time I was first grade teacher there. I was Bill, Duane and JoAnn’s teacher! You were conscientious about your studies and so faithful in living your faith. Joe and Dorothy offered a wonderful example for you. Joe’s life was long and full with loving care for Dorothy and his family. May they now rejoice together in God’s loving and gracious presence! God be with you all as you continue their legacy of love and devotion to God, each other and your communities. Sincerely, Sister Susan Lardy (Sister Yvonne at Cathedral Grade School)