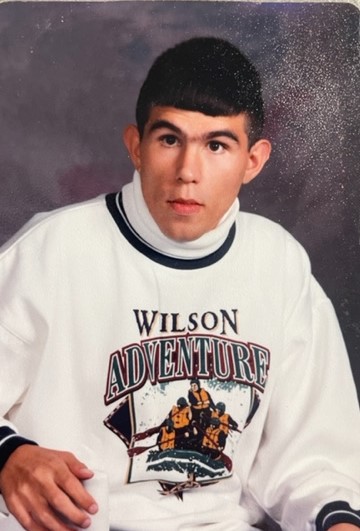 Posted at 16:42h in Uncategorized by staff 10 Comments
Share: 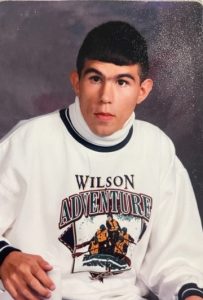 Jonathan Fischer, age 50, of Bismarck passed away peacefully at home with his family by his side on Tuesday, September 20, 2022. Jonathan was the son of Darwin and Carlotta (Metzger) Fischer. He was born June 12, 1972, in Sleepy Eye, MN. He was raised in Bismarck and attended Special Education classes in the Bismarck Public Schools. Jon lived at home with his parents and was their focus in life. In addition to his parents, Jon leaves behind his only sibling, his brother Michael Fischer and sister-in-law Raquel, his niece Abby Jessen, his Grandmother Wanda (Lenihan) Fischer, many aunts, uncles, and cousins. Jon was preceded in death by his paternal Grandfather Clarence Fischer, his maternal Grandfather Don Metzger, his maternal Grandmother Norma (Wald) Metzger and his Aunt Cecelia Metzger. Cremation has taken place and a Mass of Christian Burial will be held at a later date.

In lieu of flowers, the family invites you to make a memorial donation to a charity of your choice.

Jon, you are so loved. It was a gift to have grown up with you, and your light is now shining bright in heaven.
Sending our love and prayers of comfort,
Erica, Owen & Andrew

Hey my godson. I’m so happy for your peaceful transition. Your grand parents and all family members are so welcoming you. You will be forever in our memories from baby to adult. I’m so glad that you will be the angel for your mom who dedicated her life to your 50 years. Love you
Your Aunt Judy

So sorry to read of Jon’s passing. Remember Carlotta and Jon on their walks along Vancouver Lane. Such a sweetheart. May he Rest In Peace.

Sending sympathy to classmates Darwin and Carlotta and your entire family. Jon was blessed to have such a loving family. You will see him again in heaven. God bless all of you, Mary and Todd Baumgartner

So sorry to hear of Jonathon’s passing. It has been many, many years since I had the opportunity to work with him through BPS. Always enjoyed our sessions. Prayers for comfort, strength and peace for the family, especially Carlotta.

I remember Jon, his big brown eyes and his smile! I really enjoyed having him as a student at Richholt Elementary School.

Carlotta and family, I want to extend my condolences. It was a blessing to meet you and your son. Your devotion to caring for him was commendable. May the Lord grant you peace. Linda Patzner, RN.

Condolences to you all.

I’m so glad I got to know Jonathan when he and Carlotta would visit his grandmother at Edgewood Village.
Looked forward to their visits.
Rest in sweet peace.
You were cherished.

Carlotta and Darby, We are so sorry to hear of Jonathan’s passing.. You were true angels with his care! Our sympathies are with you. May God’s blessings to you both be abundant. Our love, Betty Lenihan and Nancy Martin