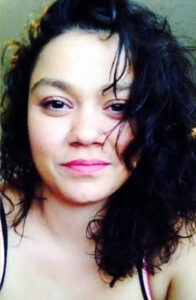 Jessica was born in Minot, North Dakota to Susan Pixler and Mike Arrona.  Shortly after her birth her family moved to Colorado where she spent the first years of her life. She later moved back to North Dakota with her family where her story began. She was educated in Minot, proudly graduating from Minot high in 2004, and that is where she made life lasting friendships and bonds with many. After graduation she worked a variety of different jobs, from the food industry to the hospitality industry.  She loved to be around people and could always put a smile on someone’s face or make them laugh, a lot like her big sister!

Jessica moved from Minot to Bismarck in 2009 after the passing of her mother, she then continued to make lasting impressions on everyone she met and called a friend. This is where she met the love of her life, in 2019 they moved to Williston to start a life together.

Jessica was an unforgettable soul, who touched the lives of so many in different aspects of her life. Her spunky attitude and infectious laugh will never be forgotten, to know her was to truly love her.

She cherished her family more than anything, not only the one she was given, but the one she made for her own. Jessica loved being silly and spending time with her nieces and nephews, the day she became an auntie was one of the best days of her life.  She was the ‘little’ Big sister to her brothers, the cousin’s confidant, a loving daughter and niece, an unwavering friend to many, and the love of a lifetime.

Jessica has left a tremendous hole in the hearts of her family and friends, she was not given a fair hand in life, but she played her cards the best she could. At this time, we must find comfort knowing that she is at peace, her heart is healed, and she has found her way home.

She is preceded in death by her maternal and paternal grandparents; her mother, Susan Pixler; and her father, Mike Arrona.