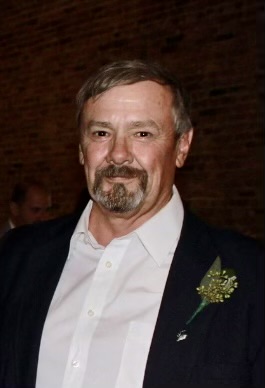 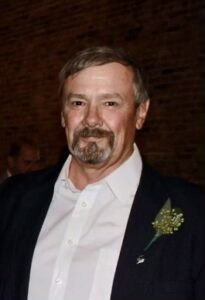 Jerry was born in Oakes North Dakota on October 13, 1951.He graduated from Oakes High School in 1969. He went on to earn a bachelor’s degree in biology and a master’s degree in wildlife management from NDSU.

Jerry was an avid outdoorsman who began at an early age tagging along with his father on deer hunting trips in the Oakes area. After college Jerry expanded his hunting interests to include moose hunting trips to northern Saskatchewan, deer and antelope excursions into Montana and elk hunting adventures in Colorado.  He worked for a short time in California before returning to North Dakota. Living in the Bismarck area was a dream come true for Jerry.  Not only did it foster a long career with the ND Game and Fish Department, but this area also provided an abundance of hunting and fishing opportunities.  Fall would find him chasing pheasants and grouse with Mac or Britta, two hunting dogs Jerry took in after the owners couldn’t take care of them.  Jerry more than once made the comment he waited too long in his hunting life before getting a hunting dog.  Many early morning fall days Jerry could be found pass shooting geese at Long Lake or decoying cranes with his homemade decoys.  Deer season meant meat in the freezer as Jerry was not a horn hunter and always filled his tags.  Calling coyotes in the winter was a favorite pastime with longtime friend Steve Allen.  Spring days would be spent on the Missouri River south of Bismarck jigging for walleyes along with summer trips to Lake Sakakawea.

Jerry also believed in giving back.  He spent 33 years on the Board of Directors for Capital City Gun Club.  As a volunteer, he served as President, Vice President and 28 years as the club’s secretary.  Jerry spent a number of years hiring and supervising the club’s summer trap help and served as an instructor for the club’s youth shooting program.  Jerry put his IT skills to work updating the club’s computer capabilities, installing shooting software and assisting the club in holding registered trap shoots.  Jerry also was an enthusiastic shooter having shot in decades worth of North Dakota State Trap Shoots and at trap clubs all over the state.

We are so sorry to hear of Jerry’s passing. We always enjoyed visiting with him when our paths crossed. Our deepest sympathies to each of you. Lowell and Karen Tripp. Formerly Oakes now Fargo.