Posted at 20:43h in Uncategorized by staff 0 Comments
Share: 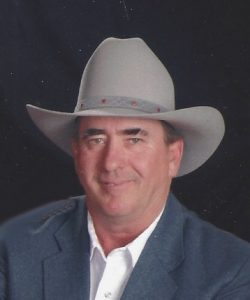 Jerome will be remembered at an outdoor burial service at the Wing Cemetery at 11:00 a.m. on Saturday, November 21, 2020.

Jerome was wed to Mary Ione Celley of Wing at a ceremony held on June 20, 1980 at Assembly of God Church in Regan.  Jerome and Mary farmed southwest of Wing for 4 years until the drought of 1984 when they moved to Seattle, WA.  Both Jerome and Mary were employed at Fischer Plumbing, owned and operated by Jerome’s brother, Larry Fischer.  While in Washington, they spent time with Jerome’s sister, Joan Minnis and her five children.  Dick and Jeanette Anstice became close friends of the Fischer family.

On June 10, 1990, Jerome and Mary were blessed with the birth of their daughter, Shayna Marie Fischer.  They decided to move back to North Dakota during the winter of 1992-1993 to raise their daughter.  Back in North Dakota, they purchased Adam Hoff’s corral cleaning business.  They also started their own plumbing and heating business in Wing.  Jerome and Mary welcomed the birth of their son, John Jerome Fischer on June 10, 1998, exactly eight years after their daughter was born.  The four of them settled into a 70-acre farm north of Arena, ND.  Both of their children attended Wing Public School from kindergarten through the twelfth grade.  Shayna resides in Steele, ND and John, with the help of his girlfriend, Kristina Quale, ranches at the home place north of Arena, ND.

Jerome was greeted in heaven by his loving wife, Mary, who passed away on October 18, 2019, his sister, Betty Kittelson, who passed on September 5, 2020, infant sisters Marlis Ruth and Glenda Kay and his parents Theodore and Clara Fischer.  Jerome is survived by his children Shayna and John (Kristina Quale), his seven living siblings and numerous nieces, nephews and extended family.  Jerome made many friends throughout his life and will be greatly missed.

The service will be recorded and posted here for family and friends to view.  Cards can be sent to the family at P.O. Box 403, Steele, ND 58482.