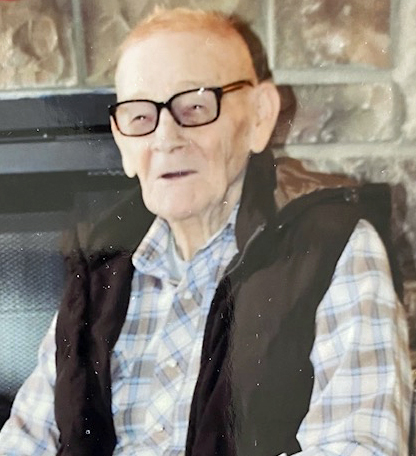 Posted at 18:40h in Uncategorized by staff 5 Comments
Share: 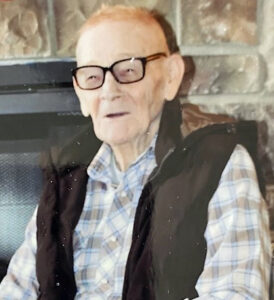 James Patrick (Jim) Holst, 84, died May 22, 2022.  A private family graveside service will be held in Washburn, per Dad’s wishes, where he will be buried next to Mom.

Jim attended school, primarily in Van Hook, when he left school in the 8th grade to go to work.  He met Ardath Cheryl Patten, from Parshall, when he was 16; joined the Army when he was 18 and was stationed in Fairbanks, Alaska.  Alaska was a state he enjoyed so much that he and Cheryl went back to visit twice.  He was honorably discharged November 30th, 1961.

September 6th, 1958 Jim and Cheryl were married. They lived in Gillete, Wyoming where Jim worked in the oilfield.  The moved back to New Town, ND and eventually bought the family farm in 1963, after his father died.  They carried the mail to Mandaree for 40 years and farmed, proudly winning the ND Conservation award in 1975.  They lived on the farm until they moved to Washburn, in 2008.  Even after renting the farm out and moving away from it, Dad still worried about moisture, bushels per acre and price.  He remarked, “Once a farmer, always a farmer.”

He is also survived by 12 great-grandchildren and his sisters Patty Munson and Maureen Locken.  He was preceded in death by his wife Cheryl, parents Pat and Marge Holst, his brothers Jack and Dan Holst, sisters Gloria Pochant and Lorraine Thompson, and his beloved grandson Waylyn McRae.

The family asks that any memorials be directed to McLean Family Resource Center, 205 7th St. Washburn, ND 58577 or to your local animal rescue.   We also want to thank Elm Crest in New Salem, for their loving and compassionate care.  You all were a blessing, for all of us.

Sincere sympathy to all the family. Hugs and prayers to you.

Dad took his final journey on Sunday, I have some good memories,eg:” family vacations to Glacier Park, Regina,Sask.,the pony he first bought for us kids, my first horse he gave me, the two of us on horseback rounding up cattle with the Fettig boys down around Blue Buttes, yearly trips to the State Fair. He and Mom worked hard to provide for us. He wasn’t one for a lot of words, but always could get a good conversation out of him regarding crops,talking about or looking at new vehicles. Till we meet again Dad, Rest in Peace. Love , your 2nd, Lisa

He was greatly loved and will be deeply missed. You have gone on to be with some great people. Rest well in the arms of Jesus Uncle Jim