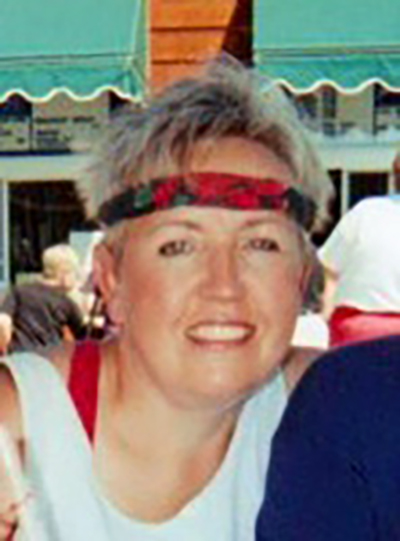 Posted at 19:44h in Uncategorized by kkbold 0 Comments
Share:

Jackie Jo Burke, 69, was delivered to heaven, on August 14, 2019, after racing in the Triple Crown with cancer.  She rode steady and showed the endurance of a true horseman.  A memorial service will take place on Tuesday, August 20, 2019, at 10:30 a.m., at Sterling United Methodist Church.  A prayer service will take place Monday evening at 7:00 p.m., with a gathering beginning at 6:00 p.m., at the Bismarck Funeral Home.

Jackie was born in Parson, KS on December 7, 1949 to Billie & Ada Johnson.  She was a wonderful big sister to her four younger siblings.  Jackie moved with her parents to Sterling in 1952 where she attended grade school and then later graduated from Bismarck High School.

Jackie married Monty Burke Jr., on December 26, 1969, and moved to McKenzie where they lived on a farm and later raised their family.  Jackie worked in Bismarck for the next 45 years including 33 years with the State of North Dakota.

Jackie Jo’s beautiful smile, generous nature, caring personality which always looked for the best in people and undying devotion to her family and friends is something she will always be remembered for.  She found great pleasure in giving to others which was a reflection of her devotion to Christ.

She was proceeded in death by, her funny husband and love, Monty; father, Billie; and in-laws, Monty & Lucille Burke.

Jackie requested that her funeral be a celebration of her life with the attendants wearing bright colors to match her personality and the spirit of her life.  Family is requesting in lieu of flowers memorials be made to the Sterling United Methodist Church/parsonage or Trail Ride Family Camp.

The family would also like to say a special thank you to Lisa with Hospice who made both Monty & Jackie’s journey as comfortable as possible, not only for them but for our entire family.