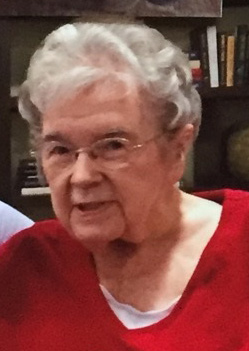 Irene (Holsti) Kelsch passed away April 27, 2019 at the Baptist Health Care Center where she has resided for the last seven years.  A memorial service will be held at 10:30 a.m. on Thursday, May 2nd, at Bismarck Funeral Home.

Irene was born January 26, 1923 to Arthur Lester and Elsie (Dahlen) Schwab.  She married August Holsti September 5, 1943.  After their marriage, they farmed in the Braddock community until 1944 when they moved to Linton.  Irene was a school teacher and also a beautician.  In 1957 they moved to Napoleon where they lived until coming to Bismarck in 1961.  August passed away in 1964.  She later married Arthur Holsti. In 1981 Irene married Egiedy Kelsch.

Irene always had a smile on her face that will be greatly missed!