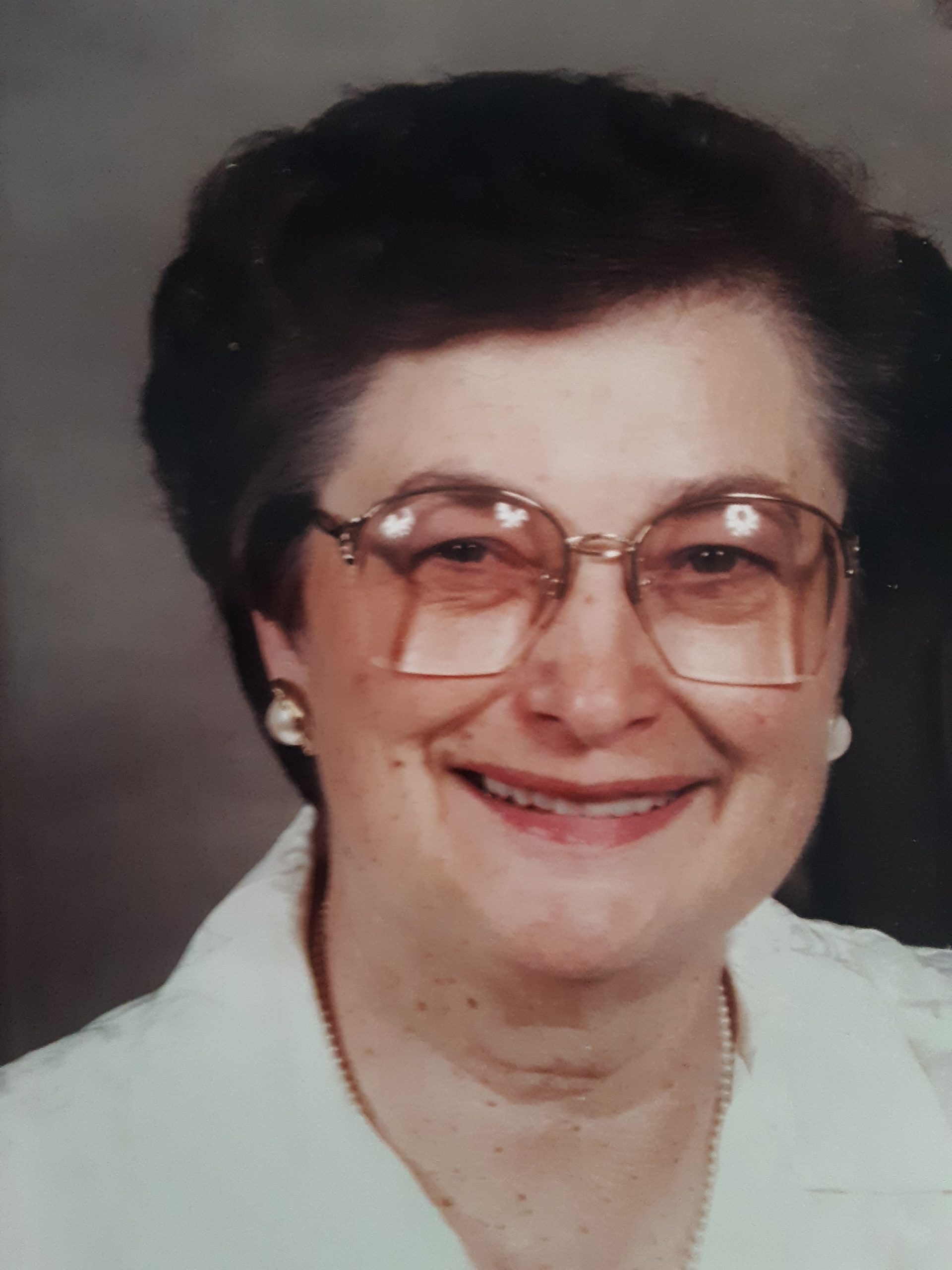 Posted at 19:00h in Uncategorized by staff 0 Comments
Share: 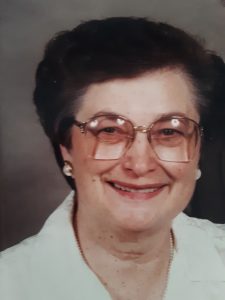 A Memorial Service will be held at a later date.

I, Inez Caroline Mayer Link, was born on January 21, 1927 in Oakland, California.  I was named Inez after my Spanish nurse.  When I was a year old, we came by train back to Hebron, North Dakota.  The first house we lived in was by the water tower.  At that time, Papa sold McNess products for our family income.  After that we moved to a house north of the baseball diamond.

I entered the first grade at the Hebron School, then was sent home for another year because I was too young. I remember jumping ditches that were dug for trees at the ball diamond.  I was so afraid of falling in.  On cold winter blizzard days, Papa would come to get us from school and would carry the youngest one home.  These were depression days and Papa worked for the WPA.  Mama always planted big gardens and canned a lot of vegetables from the garden.  She also raised chickens.  During this we had scarlet fever and were quarantined.

For entertainment, we walked to a plum grove which we called the “gvetiche loch.”  Another thing we did was feed paper to our neighbors’, the Truman’s, goats.  Mama would do laundry for people from the carnivals and circuses.  She did this to earn free tickets so we could enjoy the rides and shows.

In 1937, we moved to the Raber house which was next to Schlenvogt Dairy.  At age twelve, I babysat, then later went to work for Lily Lorenz, as a housekeeper.  She taught me many things, one of which was how to knit.  I still have her recipes, and a cup and saucer collection I started from her.

When I started high school, I got a job at the Itrich Drug Store and worked there until graduation.  My wages were twenty-five cents an hour.  After graduation I went to Bismarck and joined the Cadet Nurse Corp.  After two months I decided that I didn’t want to become a nurse.  I came back to Hebron and went to work at the Security Bank and worked my way up to Assistant Cashier.

In 1948, I married Bill Link.  Our first son, Timothy Alan was born on January 24, 1953.  Our second son, Todd William was born on August 12, 1955.  We lived in Reinhold Mayer’s apartment for about five years.  During this time, I worked for Wolter’s Pontiac, Jose Insurance Agency, and sold Avon products.

Later we built our new house on the north side of town next to the Reinbolds.  We were close to school and church, which was so handy for walking.  I taught Sunday School and sang in the church choir.  I also did crafting for Vacation Bible School.  At that time, I worked for the Great Plains Lumber Yard as a bookkeeper.  I belonged to the American Legion Auxiliary and was President at Hebron.

After we moved to Bismarck, I worked at J.C. Penny’s for a few months, then went to work for Burleigh County.  I was Deputy Auditor for four years.  From there I went to work at the State Capital in the Health Department until my retirement.  We rented the Legion Apartment for seven years before we built our house on the south side.  I love my retirement.  It gives me time for my family, husband, and church.  I belong to Salem Circle at United Church of Christ.

We celebrated our 50th Wedding Anniversary and went to Texas to celebrate with Tim, Todd, and grandchildren.  (Tim’s children are Alicia Marie and Matthew Joseph; and Todd’s children are Stephen John and Andrew Todd.)