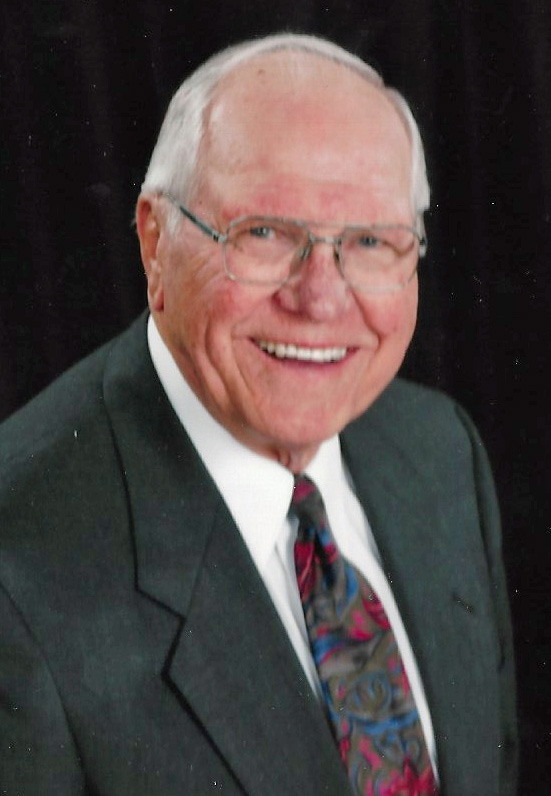 Posted at 19:59h in Uncategorized by staff 0 Comments
Share: 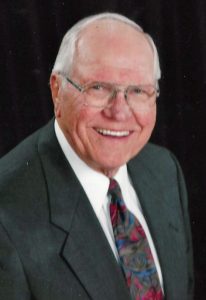 Helmuth A. Clausnitzer, 102, Mandan, died October 14, 2019 at a Bismarck care center. A memorial service will be held on Friday, October 18, at 1:00 p.m. at Zion Lutheran Church, Bismarck. Burial will be at the North Dakota Veterans Cemetery.

Hal was born on January 4, 1917 to Alfred and Hulda Clausnitzer in a homestead near Center, ND and was reborn in the Christian faith through baptism shorty thereafer. The family moved to Bismarck when Hal was age 8. The family was eventually comprised of seven brothers and three sisters, all raised in their small home on 21st street in Bismarck. Here they tended chickens and enjoyed the produce from their large garden.

Hal graduated from Bismarck High School in 1937, where he was a basketball and football star player. Athletics continued to be an important part of young Hal’s life after graduation. He participated on local teams including the popular Golden Gloves Boxing League, the Bismarck Phantom’s semi-pro basketball team and Churchill’s semi-pro baseball team.
He enrolled in the N.D. State School of Forestry in Bottineau, seeking a degree in horticulture. After three years, he moved to Washington State where he enlisted in the U.S. Army Air Corps and was stationed at Laredo Air Field and Randolph Field, Texas. He was promoted to staff sergeant and was a physical education instructor as well as a member of the national traveling basketball team with the Air Corp Academy.

In 1946, he joined his brother, Harold, in Tacoma, WA to form a local farm supply business. In 1947, he married Norma Forsythe and they then moved to Minot, ND where Hal attended Minot State Teacher’s College where he finished his degree. While in Minot they had three children, Darlene, Nancy and Dan.

The family moved to Bismarck in 1956 where Hal became the owner/operator of Hal’s Standard Service on 1st and Main for fifteen years.  Hal and Norma divorced in 1967. In 1971, Hal married Beverly Weaver and together they owned/operated Hal’s Exxon on 6th and Rosser from 1975-1987. They raised Bev’s two children, Kim and Shayne, and together, they parented their daughter Rhea.

Hal’s life revolved around his Christian faith. He was a founding member of St. Paul Lutheran church, Bismarck. Hal was passionate about gardening and all TV sports. During his more senior years, Hal and Bev moved to Mandan where he enjoyed feeding and watching local birds as they circled his many well stocked bird feeders just outside his windows. The two together enjoyed a large garden which they shared together with family and friends.

Through his many years and activities in the area, Hal is well known for his big smile, kind demeanor, and hard work ethic. He enjoyed quoting Ben Franklin’s “Early to bed, early to rise, makes a man healthy, wealthy and wise.” The family always knew of Hal’s advice to longevity: Sunflower seed, or Russian Peanuts as Hal called them.

Has was preceded in death by his parents, 4 brothers and 2 sisters.