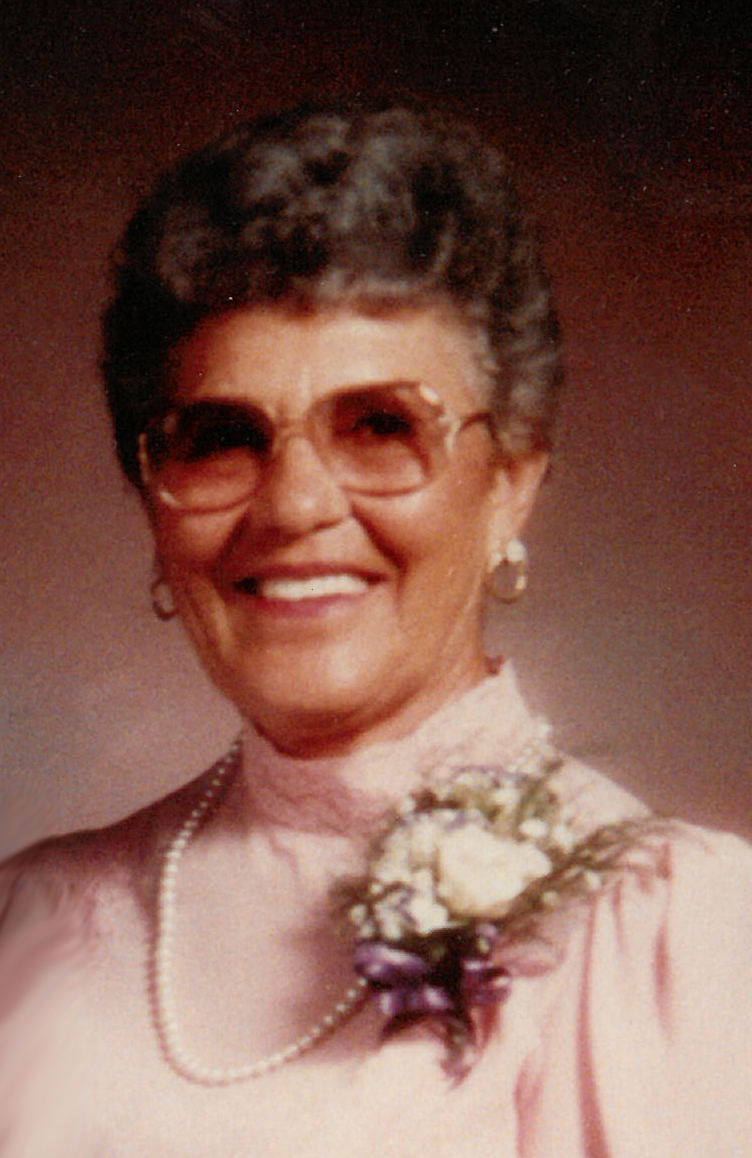 Posted at 21:09h in Uncategorized by staff 3 Comments
Share: 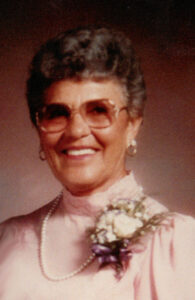 Visitation will begin one hour prior to the service.

Hella (Voegele) Menge was born July 25, 1925, to Christ and Eva Voegele on a farm south of Zap, North Dakota.   She married Fredrick Menge on May 8, 1948.  They were married for 65 years with most of that time being spent in Beulah, with the exception of 7 years living in Scranton, North Dakota.

Hella’s youth was spent on the farm where hard times were the rule of the day on the North Dakota prairie.  These harsh times made her a very strong and resilient person.  She began preparing the family meals by the age of 9.  She became an exceptional cook.  A task that would provide the tools she would use for the rest of her life.  A trade she used in the restaurants in Scranton, Beulah and as a cook in the Beulah school system for more than 15 years.

In her youth she learned to sew and crochet and became very proficient. She made everything from delicate tablecloths to prom dresses and if a pattern wasn’t available, she would design her own.

Hella was active in all kinds of sports.  She played volleyball, bowled on leagues, played on a softball team and golfed well into her seventies.  She loved games of any kind and played each on with a very competitive enthusiasm, especially pinochle which she still played at the age of 96.  Hella and her husband joined a German singing choir and enjoyed every note.  She and Fred love to dance and took every chance to enjoy a good polka.

Upon retirement from the Beulah School system, she and Fred toured all over the country.  She was an avid baseball fan and followed the Minnesota Twins, never missing a game on TV; she also enjoyed watching golf on TV and was a Tiger Woods fan.

Hella was proceeded in death by her parents, Christ and Eva Voegele; husband, Fred; and her siblings, Rudolph, Robert, Rueben, Frieda, Alvina Spier and Ray.

Condolences to Aunt Hella’s family. She was such a special person and wonderful neighbor. Love to all.

So sorry to hear about Hella’s passing. Herb and I had many good times with Fred and Hella, golfing, gaming and playing cards.

Love and sympathies to the family. I will always be grateful to have spent a summer in Scranton with them. RIP Aunt Hella