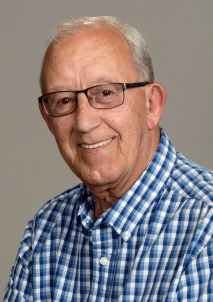 Posted at 17:11h in Uncategorized by staff 2 Comments
Share: 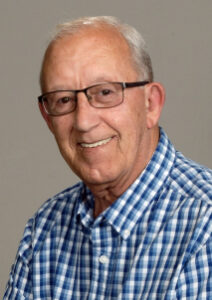 George was born on November 8, 1943, in Gretna, Manitoba, Canada to Joseph and Bernadette. He was the youngest of 7 children. After he graduated from Neche High School in 1963 he moved to Montana and worked in various Grain Elevators for over 30 years. He married his wife Jean in 1972 and went on to have one child, Amanda. He enjoyed fishing, playing basketball as well as watching his daughter and grandkids play the same sport he loved so much. He also enjoyed spending time restoring a 1950s Willie Jeep.

He is survived by his wife Jean, his daughter and son-in-law, Amanda and Lee, his grandkids Annalyse, Kamdyn, Jackson and Carson and his sisters EdnaMae, Irene, Beverly, and Virginia.

George was preceded in death by his father, Joseph, his mother, Bernadette, his sister, Marcella and his two brothers, Lawrence, and Fran.

Dear Jean, Amanda, and family,
We were sorry to read of the passing of George. I think of you each holiday as I get out the little crafty wooden decorations you made, Jean, and have wondered where you are. And sweet little third grader Amanda is now married and the mother of four! You will miss your husband, father, and grandfather. Our thoughts are with you at this sad time. Hugs.

Dear Jean, Amanda and family,
I was sorry to hear about George’s passing. Jean, I think about the Froid elevator and your home in Reserve and our many miles behind a windshield when you talked about your grandchildren. I wish for you all many happy memories of George! God’s Peace be with you!