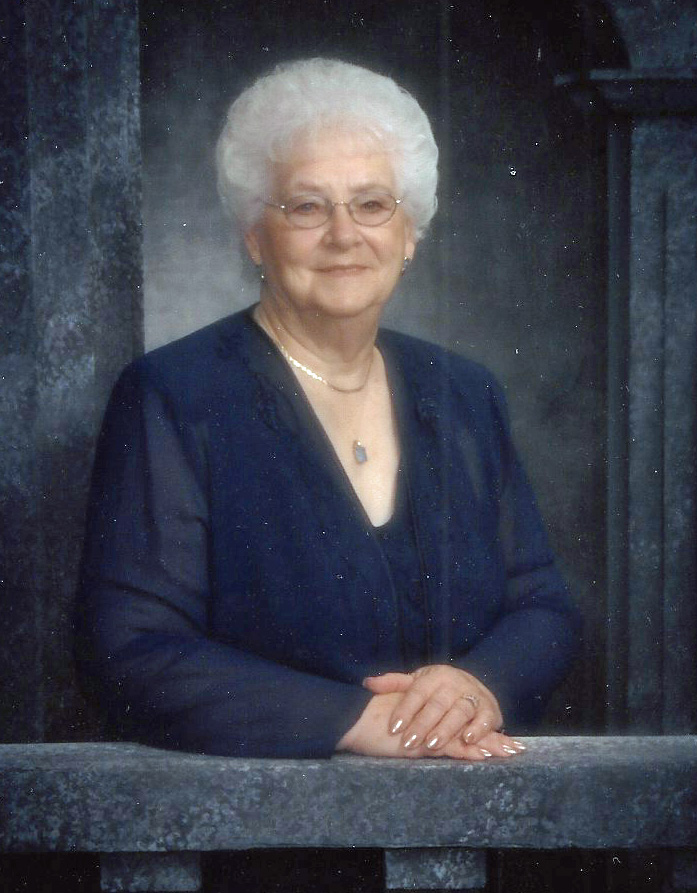 Posted at 17:38h in Uncategorized by staff 0 Comments
Share: 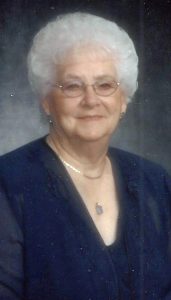 A Mass of Christian Burial will be held at 10:00 AM on Friday, August 21, 2020 at Corpus Christi Catholic Church, Bismarck, ND.  Burial will be at St. Mary’s Cemetery. A Livestream of the Service will be available on the Bismarck Funeral Home Facebook page.

Our Mom, Frances Schlosser [Gross], the youngest of eleven children, was born to Frank and Magdalena Gross in Strasburg, ND in 1924.  She grew into her teens during the Great Depression and married our Dad, Bill Schlosser, in 1941.  Their earliest years were spent on a farm sharing living arrangements until 1946 when they moved to Bismarck and took up residence in a basement home which consisted of one big space with a furnace in the middle of the room that separated the kitchen area from the bedroom area.  The upstairs was built at the farm and moved on a flat bed to be situated on the basement later.  The furnace heat rose through the register to warm the upstairs.  With running water and electricity, what more could they ask for?  Bill, their oldest of seven children was born in 1943, and Jerry joined them in 1947.  Dad worked in a service station, and Mom worked at home.  She made the holidays memorable in so many ways, not the least of which was her fabulous cooking and baking.  They were poor, but nothing in their makeup let them look to any excuse for where they found themselves to be; they just got up in the morning and went to work making the new day a better one than the last.  Nothing stood in the way of their zest for life, hard work, family relations and friendship all around.  Then Marlene joined them in 1952 with Bonnie to follow in 1954 and Vera in 1956.  During all that time, they moved from that little home into a mobile home, then an apartment and then in 1956 to a nice little 3 bedroom bungalow on North 14th street in Bismarck.  When an opportunity arose that met Mom and Dad’s desire to move to a little farm in South Dakota [they eventually moved back to Bismarck in 1978], we were joined with Lynne in 1959, and Tammy in 1961.  They were her magnificent seven!  Then came seven magnificent in-laws followed by 25 magnificent grandchildren and 55 magnificent great grandchildren.  Now and then, in jest, Mom was asked which was her favorite child.  Only a week before her passing, Mom never said but simply gestured by holding up seven fingers one last time.

We all kind of grew up together; Mom would inquire about many of our school activities about which she never had an experience.  Even in her 90s, Mom was totally delighted to overhear us kids conversing about current events, family, news of the day or whatever, with a discerning question and comment sprinkled in now and then for clarification.  Recently, as the Doctor was checking her heart with his stethoscope, she glanced up at the muted TV and said “What is Trump saying now?”  What a hoot.

Mom calculated our measure relative to how we interacted with others in the world.  It was not about money, prestige, academics, but rather plain old common sense, a sprinkle of curiosity, courtesy, self-starting and thankfulness.  That led her through motherhood and grand-motherhood with the measure always seeming to be “why did you do that?” or “why didn’t you do that?” or “why not?” or “did you wash your hands” or the preferred, “that’s good!”  Without a high school diploma, Mom learned congeniality, logic, reason, interactivity, personal development, psychology, email, the computer, household maintenance, as well as farming and apartment rental business finance.  And she taught Dad by a kerosene lamp light how to make change from the till at the service station flawlessly. They knew where the ink turned red and stayed away from there.

Mom was the first to teach us prayer.  “Now I lay me down to sleep . . . .” was the first prayer right after the sign of the cross.  Then we learned the “Glory be . . . .”  At bedtime, we would get on our knees and pray before hopping into bed.  In those early years, we hardly ever missed our evening prayers, all because of Mom.

At every turn of life, Mom contributed in every way she could as daughter, sister, wife, mother, grandmother and citizen.  She crocheted afghans for every child and grandchild, and contributed her talents to Cresbard High School, the Melroe Manufacturing Company and Century High School.

During all those years, Mom listened, learned and applied all the skill and wisdom of a mother with all us kids receiving the benefit that reaches into our lives even today.  It was hard to see her go August 18, 2020, but we were blessed with the grace of knowing the approaching point in time for her to be taken from the bonds of earth into the heavenly realm.

She was preceded in death by her loving husband, Bill Schlosser, her parents and ten siblings.

Del and Jim are so sorry about the passing of your mother.  She sounds like a wonderful person and you will have many memories of her.  We support you and wish both of you the very best and keep your mother in your thoughts