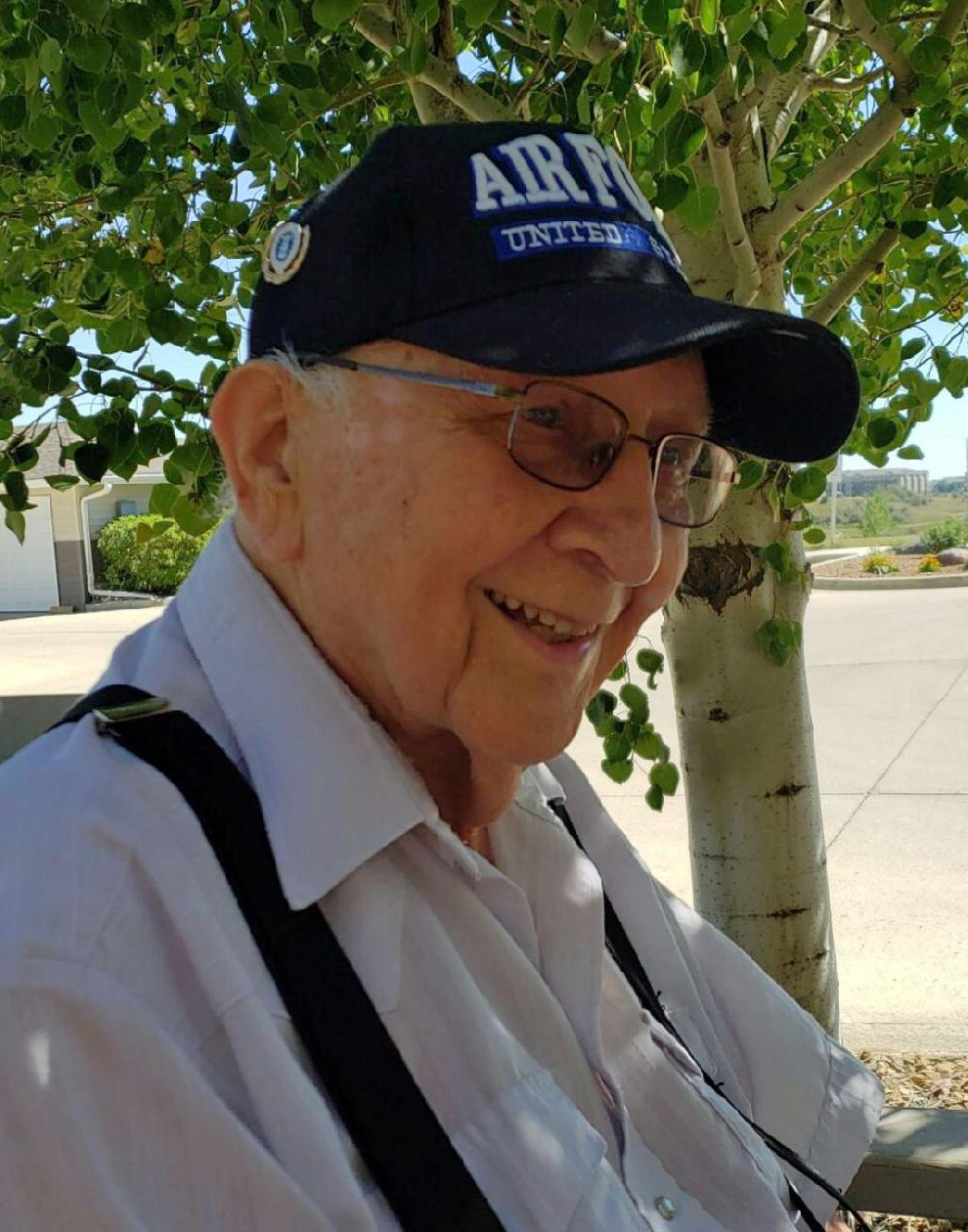 Posted at 17:54h in Uncategorized by staff 2 Comments
Share: 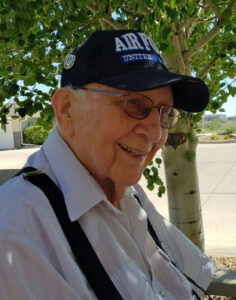 Elroy Herbel was born on December 20, 1931, to Reinhart and Mary (Klein) Herbel, in Alsen, ND. Elroy was raised in Alsen, and he was the middle child in a family with 11 children. Elroy’s family was poor, and he and his 10 siblings grew up in a 2-bedroom house in the country. The Herbel family was tremendously hardworking, and the Herbel household was full of love and respect. That atmosphere fueled a successful and proud generation of Herbels.

Elroy attended school in Alsen until the school burned down when he was in 10th grade. At that point, Elroy began attending Munich High School, where he graduated in 1949. Following high school, Elroy taught in a 1-room rural school in Walhalla, ND, from 1949-50. Elroy sent home his meager earnings from teaching, so that his parents could better provide for his younger siblings.

From 1950-51, Elroy attended Minot State College, where he enrolled in courses to help him become a better teacher. From 1951-52, Elroy taught 7th and 8th grade in Wales, ND.

In June of 1952, Elroy joined the Air Force, and he did his basic training at Lackland Air Force Base in San Antonio, TX. Elroy had his first exposure to the medical profession in the Air Force where he did medical tech training at Joint Base San Antonio – Fort Sam Houston and Lackland.

After basic training, Elroy served at Larson Air Force Base in Moses Lake, WA, for one and one-half years before being transferred to an Interceptor Station in Thule, Greenland, where he served as a medic during the Korean War. Elroy served his country in Greenland during the Korean War, and then state-side, after the War, in Lincoln, Nebraska. Elroy was honorably discharged from the Air Force in 1956.

Following his military service, Elroy commenced his studies in Pharmacy at the North Dakota Agricultural College (NDAC) in 1956. Elroy proudly graduated from NDAC in 1960 with his pharmacy degree, just months before the school changed its name to North Dakota State University.

After college, Elroy moved to LaMoure, ND, and worked in a pharmacy there for one year. In LaMoure, Elroy met Jo Hanson, an elementary teacher who was originally from LaMoure. On June 11, 1961, Elroy married Jo.

In 1961, Elroy and Jo moved to Leavenworth, Kansas, where Elroy worked as a pharmacist in the Wadsworth Veteran’s Administration (VA) hospital (Wadsworth Old Soldiers’ Home). Elroy and Jo lived in Kansas for 4 years, before returning to North Dakota in 1965 and making it their home. Elroy worked at Goetz Drug in Grafton, ND, for 3 months before moving his family to Elgin, ND.

Elroy and Jo were active members of the community and they generously contributed to the stability and well-being of Elgin. Elroy and Jo were honored as local community leaders when they were selected to be Grand Marshalls of the 1994 Elgin Days Celebration.  In 1998, Elroy was honored to receive the Bowl of Hygeia Award. The award is presently annually to a pharmacist with a distinguished record of community participation and service.

The award has become recognized as one of pharmacy’s most prestigious awards and it is presented to those who have distinguished themselves and brought honor to the profession of pharmacy through their activities and good works in their home communities.

Elroy fully retired from the profession of pharmacy in 1999, after 39 years of practice. Over the course of 4 decades, Elroy was always on call as a pharmacist, and was committed to his work on practically a 24/7 basis. He ran his own drugstore in Elgin, and he ran the pharmacy in the local hospital. Elroy worked in his drugstore 6 days per week, and he work in the hospital pharmacy 7 days per week. His philosophy was that no one should wait for medicine they need. That is why he served the hospital pharmacy every day of the week. But, Elroy did even more than that.

Elroy would routinely open the drugstore on weekends and after hours so that people could get the medicine they needed to get better. It did not matter what hour of the night, when Elroy got the call, he would drive to his drugstore, open the store for a single prescription, and then close the store again and go home. Elroy had a soft spot in his heart for kids and he could not bear the thought of a child going without the medicine they needed, or even having to wait to receive the medicine. He was literally in the store every day to help people.

If the customer could not pay, then Elroy would fill out an invoice for billing and store the invoice in a file. Many of those bills were never paid, and Elroy wrote off a file full of unpaid invoices, often because the family could not afford to pay. Yet, this never dissuaded Elroy from his 24-7 service.

One evening years ago, a stranger arrived at Elroy’s home wanting to speak to him. The stranger confessed to Elroy that he had stolen items from his drugstore, and that the theft had been eating away at him. He apologized to Elroy and told him he understood if Elroy wanted to call the authorities to pursue charges. Elroy thanked the stranger for coming forward and for being honest, but he did not report the stranger to the authorities. Elroy told his family that the man had suffered his own self-inflicted punishment and he hoped the experience would be constructive for the stranger. This situation further shows Elroy’s compassion and kindness.

In over one-half century in Elgin, Elroy was very active in the community and within his church. Elroy was a community leader on issues of rural economic development, rural healthcare, fundraising, and helping war veterans.

Elroy served on Elgin’s Economic Development Committee for several years, served multiple terms as president of the Commercial Club, and he was the past president and founding secretary of the Grant County Medical and Dental Association, with the mission of placing doctors and dentists in rural communities. Additionally, Elroy served as a member of the Medical Staff Board and Physician Recruitment Committee for Jacobson Memorial Hospital and was the former Chairman of the Board for Dakota Hill Housing, a basic care facility. Elroy also served as the chairman of the expansion project for that facility. Also, Elroy served several years on the Board of Directors for Jacobson Memorial Hospital.

Furthermore, Elroy served almost a decade as a board member of the Senior Citizen Housing Board and helped establish the Golden Age Apartments, which provided low-rent housing to senior citizens. Elroy was also an active member of the Historical Society, which was instrumental in keeping the Railroad Museum in Elgin.

In 2008, Elroy was honored as a Melvin Jones Fellow for his lifetime contributions to Lions Club International. Elroy was a member of the Lions Club for more than 50 years, having served as President and Secretary, and worked on such projects as the Sight Service Committee to recycle eyeglasses, community bingo, “Take a Kid Fishing Day,” community dinners, and Hamburgers in the Park.

Elroy also served a number of years on the Elgin School Board, which included filling the role of Vice-President. Elroy was actively involved in the construction of the indoor swimming pool adjoining the high school.

Elroy was a member of the United Methodist Church for more than 50 years. He served as chairman of the finance committee in his church, as well as a member of the Administrative Board, Audit, and Pastor-Parish Relations Committees.

Elroy also served as past commander of the George W. Snook, Jr., American Legion Post #246, and was a Legion member for 55 years. Elroy was active in honoring veterans and their service in Legion ceremonies and events.

On February 14, 2008, Elroy’s heart was broken when his valentine, Jo, passed away at the age of 71, after 47 years of marriage. Although Elroy was never quite the same after Jo’s passing, he carried on as a loving and supportive Dad and grandfather for years.

Elroy is preceded in death by his wife, Jo, his parents, three brothers, and one sister.

Sorry for your loss.

condolences for your family, prayers are with you all