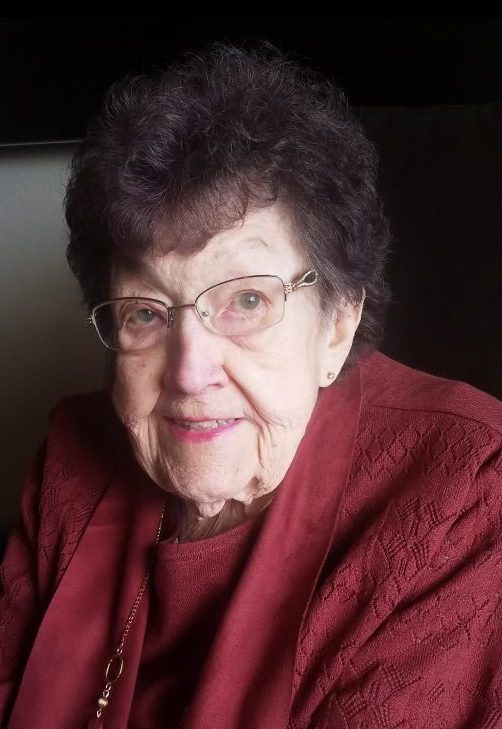 Posted at 17:42h in Uncategorized by staff 4 Comments
Share: 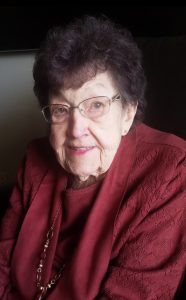 Doris was born on May 7, 1926 to Andrew and Mary (James) Welsh west of Garrison, ND.  In her childhood, Doris wrote a weekly newspaper article “Just Kids” in the McLean County Independent on subjects of interest to children.  Doris graduated from Garrison High School in 1944.  Doris taught in two rural schools as well as in Douglas, ND and Glenburn, ND until 1950 when she married her childhood friend, Harriman E. Neal.  Doris and Harriman grew up next to one another on Stevenson Flat, land now under the Garrison Reservoir.

After marrying Harriman, the two lived together in Grand Forks, ND while Harriman attended the University.  After graduation they moved to Enderlin, ND where Harriman taught school.  They had a son, Dean, while in Enderlin and the three moved to Bismarck in 1955.  In 1958, their daughter, Colleen, was born in Bismarck.  Doris substitute taught at various elementary schools in Bismarck over the years and obtained a BS Degree in History from Mary College in 1967.  Doris also was a Cub Scout Den Mother and hosted Brownie Scouts in the years when her children were involved in those activities.  In 1979 Doris started working at Sears catalog department, when the store first opened at Gateway Mall, where she enjoyed both her work and her co-workers.

Harriman, who taught woodworking at Hughes Jr. High School from its opening in 1959 passed away in 1989.  Doris and Colleen frequently traveled around the country attending country music concerts and festivals and became personal friends with the Statler Brothers, The Oak Ridge Boys, Charlie Pride and with various members of their bands and road crews.  While her son, Dean and his wife Corliss were living in Austria, she visited on several occasions and traveled with them to various countries in Europe and Africa.  Doris continued to live in her own home surrounded by one or two cats as companions until her last cat, Charlie, passed away in 2022 and enjoyed crossword puzzles, Days of our Lives, Facebook and emailing friends and family on her computer.  She was also a proud, lifelong member of McCabe Methodist church.

Doris is survived by her daughter, Colleen Maier (Jim) and her son, Dean Neal (Corliss) both living in Bismarck, her brother Neal Welsh (Phyllis) in Colorado and her sister-in-law Virginia Welsh in Hawaii and several nieces and nephews located around the country.

Doris was preceded in death by her parents Andrew and Mary Welsh of Garrison, ND, her husband Harriman and her brothers Wayne Welsh who died as a child, Glen Welsh from Texas and her sister June Bervik (Otto) of Bismarck.

Doris was a wonderful woman with years of wisdom and a ready smile. I only knew her in the last year of her life but always enjoyed visiting with her.

Thank you so much

Colleen – I am so sorry to hear the heartbreaking news of your mother’s passing. I looked forward to my hair appointments with you to hear stories about the travels and adventures with your mom. I know this leaves a void in your heart – I hope the days come easy for you. Hugs!

Thank you so much