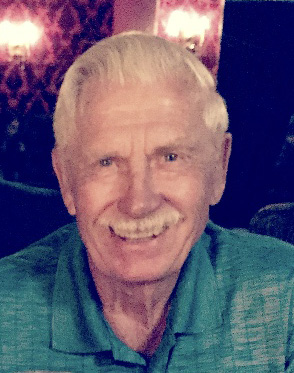 Posted at 22:20h in Uncategorized by staff 0 Comments
Share:

Donald Alvin Nichols, born February 13, 1939, passed at the U of M Hospital in Minneapolis, MN on February 17th, 2020 with his loving wife and family by his side.

Mass of Christian Burial will be held at 10:00 a.m., on Saturday, February 22, 2020, at Ascension Church in Bismarck, ND, with Monsignor James Braaten officiating.

Burial will take place following the service at St. Mary’s Cemetery in Bismarck.

Donald was born on February 13, 1939 in Gladmar Sask, Canada, a son of Walter and Ethyl Nichols (Krause). He was raised on the family homestead in Gladmar until the age of 13 when he moved to Montana to live with his sister, Eleanor, and brother-in-law, Norman. He graduated from Outlook High School and was drafted into the United States Army in 1962 and served two years as a Specialist with B Battery 1st Battalion 21st Artillery as a radar operator in the Korean War. Upon returning home he held various oilfield jobs, working his way up in his profession until his retirement as a consultant from El Paso Oil Corporation.

On January 19, 1979, he married his loving wife, LaDonna Bouche, in Bismarck, ND. Donald and LaDonna together had two sons, Blaine and Casey. He is remembered for loving life and having a passion for camping, fishing, dancing, and playing cards. In his later years he and LaDonna spent the cold North Dakota winters at their home in Mesa, Arizona, where he enjoyed great friendship, warm weather, golfing, and bocce ball.

Don was a wonderful husband, father, father-in-law, and grandpa. He is deeply missed by his family and friends. We will especially miss the camping trips, the bingo games, rodeos, and watching him play with his grandchildren.