Posted at 13:41h in Uncategorized by staff 0 Comments
Share: 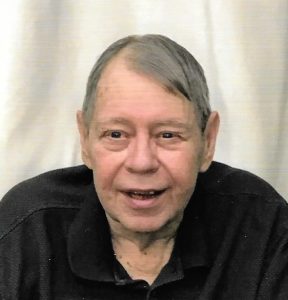 A funeral service will be held on Wednesday, May 12 at 10:30 A.M. at the Bismarck Funeral Home with burial following at 12:00 P.M. at the North Dakota Veteran’s Cemetery in Mandan.

Darold was born on March 26, 1948 in Napoleon, ND to Alvin and Alice Kemmet. He graduated from Washburn High School in 1966 and attended Bottineau State School of Forestry and Dickinson State College until he was drafted in 1968.  He served in Viet Nam and he was honorably discharged from the US Marine Corps as a Corporal in 1971.

Darold was employed throughout his working career in the automotive and boat industry.  He was a skilled carpenter and all-around handyman.  He loved hunting and fishing as well as camping with his family.   His most enjoyable times after his retirement in 2009 was spending time with his three grandchildren.

Darold was preceded in death by his parents Alvin and Alice (Wolf) Kemmet, his sister Sharon Keller and brother-in-law Cliff Keller.