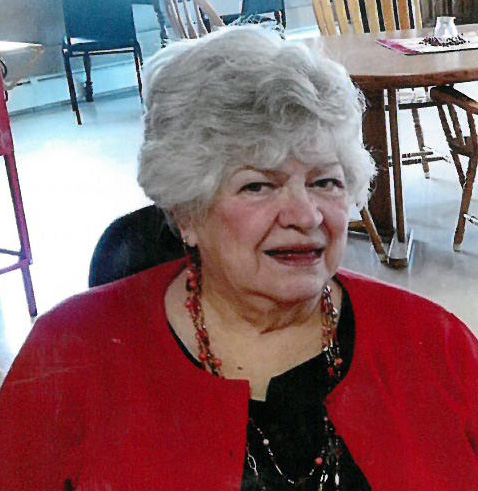 Posted at 19:39h in Uncategorized by staff 0 Comments
Share: 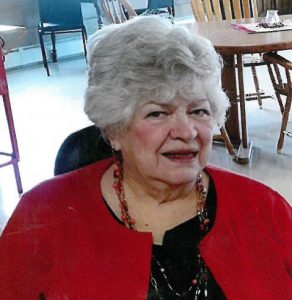 Darlene Sylvia (Johnson) Hingst, 85, passed away peacefully the morning of Oct. 4, 2019 at St. Vincent’s Care Center in Bismarck, ND, where she has lived the last 3 years.

Darlene has chosen cremation and to be laid to rest beside her beloved husband Kenneth at Concordia Lutheran Cemetery in Crosby, ND.

She worked so very hard to preserve life, while battling multiple diseases for many years. Her mind remained clear, and of course, she helped to write this story of her life. Her incredible strength continues to be an inspiration to her family and friends.

Darlene was born on Nov. 8, 1933, to Selmer Carl Johnson and Hilma Lorinda (Hendricks) Johnson. She was the youngest of four children, including her brothers Henry Hendricks and Vernon “Dale” Johnson, and her sister Lila (Johnson) Moyer. She was born on the family farm near Roseglen, ND, assisted by the “horse doctor” because the “medical doctor” was unavailable. This was her beginning.

She grew up on the farm where for nine years she attended a one-room country school with other children of all ages. She tells us that she was painfully shy growing up.

At the age of 15, she moved to a home with free room and board in Ryder, ND to attend high school. She was so happy to have free room and board that she worked very hard for this family to “earn her keep”. She graduated from Ryder High School in 1951. She attended summer school at Minot State Teaching College to earn a teaching certificate. She and others who earned this certificate in eight weeks were given the title “Eight Week Wonders”. It was during this time she met her lifelong friend, Yvonne Lovdahl Carlson.

While living in Crosby, she met Kenneth John Hingst, and they were married June 10, 1956 at Evangelical Lutheran Church in Roseglen, ND. They lived in an apartment at the Pleasant Homes Motel in Crosby for 1 ½ years, then purchased the motel from Ken’s parents, Frank and Lydia Hingst, in 1959. Darlene retired from teaching, and they operated the motel for the next 30 years.

In 1978, Darlene took a job as a typesetter for the Divide County Journal. She later worked as news editor and wrote a weekly column called “Alphabet Soup” until retirement in 1999. She has often said this was the best job she ever had, outside of raising her family.

Darlene was an active member of Concordia Lutheran Church for over 40 years. She was a member of the Esther Circle, taught Sunday School, Vacation Bible school, and she also directed the Concordia Children’s Choir for a time. She was a 40-year member of the Town and Country Study Club, a women’s organization in Crosby. She encouraged her children to belong to organizations by being a 4-H leader and a Cub Scout den mother.

After retiring from The Journal in 1999, Darlene and Ken moved to Minot, ND, where they operated a Family Foster Care home until Ken became ill. Darlene moved to Bismarck in 2001 after Ken passed away.

In Bismarck, she was a member of Good Shepherd Lutheran Church and enjoyed the company of many new friends, as well as being closer to some long-time friends. She loved to follow her grandsons to all of their sporting events, and didn’t miss many games. She was designated “Best Hockey Grandma” by some very special hockey parents. She loved to read and continued to do so daily. She was a proud Democrat who was never afraid to debate the issues with her children.

Darlene is survived by her brother, Vernon “Dale” (Meredith) Johnson; sister-in-law Gail (Hingst) Kielmeyer; daughters Laurenda Hingst (Bob Barazza) and Bonnie (Greg) Dehne; son James Hingst; and grandchildren Lauren Martin, Nicholas (Michelle) Dehne, Patrick Dehne (Dani Roll), Jacob Dehne (Ellie Adair). Two beautiful great-grandchildren, Peyton Michelle Dehne and Ryder Nicholas Dehne, were her pride and joy. Also surviving is her special friend of 40 years, Shari Peterson, who rarely missed a Monday afternoon of visiting Darlene and playing cards. She has many nieces and nephews who have always been very special to her, and she has been so proud of. She has many friends in Crosby, and in Bismarck who she always kept close in her thoughts.

When recently asked how she would like to be remembered, she said, “Being married for 44 ½ years and raising a wonderful family”. For this reason alone, we are so very blessed to have known her as Mom, Grandma, and Great-Grandma.

Memorials may be sent to Darlene Hingst Family, c/o Bonnie Dehne at 3120 Tyler Parkway, Bismarck, ND  58503 for a future memoriam to be given in her memory.