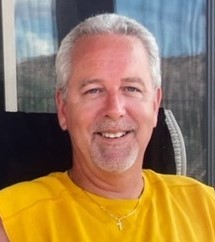 Posted at 14:12h in Uncategorized by staff 2 Comments
Share:

Daniel Bruce Dwyer, 62, passed away on November 14, 2022, at St. Raphael Care Center in Valley City, North Dakota from a long battle with dementia.

He attended Brother Rice High School in Bloomfield Hills, MI. From there he did some traveling before attending Central Michigan University, where he earned a Bachelor’s in Finance. After graduation he moved to Arizona to be closer to his siblings and parents. There he worked in finance until McKie Auto Group in Rapid City, South Dakota offered him a career opportunity in the automotive industry. In Rapid City, many new great friends came into his exciting life. He decided that living in South Dakota he must have a Harley Davidson. He loved riding through the hills and attending the Sturgis Rally. He especially loved being around people; the more, the merrier because he had stories to tell, somewhat fabricated at times, but it didn’t matter. They were always the greatest stories! He really loved life and lived it to the fullest. If there was a get together, he’d be the guy to ramp up the fun.

His daughter Ashley, who was his pride and joy, spent many enjoyable times together, playing pool, shooting hoops, swimming, riding his Harley, and playing their favorite card games. He called it his own father and daughter time. Dan always had a pool table, and he was good at golf as well. He was a success at whatever he did because he never gave up until he was.

From South Dakota, his career took him to North Dakota. There he met his wife, Connie. She and Dan enjoyed family gatherings, traveling, and of course, any sport that included a Detroit team. Dan was definitely one of the biggest Detroit fans, especially when it came to the “Lions!’’

In 2012, Dan decided to retire in Arizona to relax and enjoy his family there, but the Dakotas was the place he enjoyed most. In his fight with dementia, he retired to a nursing care unit where he was cared for until he went home to his Lord and Savior.

Memories shall never be forgotten. Dan would love all of you to take a moment to remember him when you hear the songs “Turn the Page” by Bob Seger and “Daniel” by Elton John. They were a couple of his favorites that he requested.

Dan preceded in death by his parents Mildred and Charles.

A private family memorial service will take place at a later date in Arizona.

Rest in Peace Dear Friend! You will always be in my heart & mind. We packed a lot of fun & adventure during a short period of time at CMU….Godspeed…

I met Dan through Kevin Frosaker in AZ. And his wife Connie whom I’m good friends with. Dan was a sweet guy. And loved to talk. Rest in Peace and I’m sure you and Kevin are having a beer up in heaven having fun.
Give Kevin a big hug. Prayers to Connie, family and friends. Brenda Buck