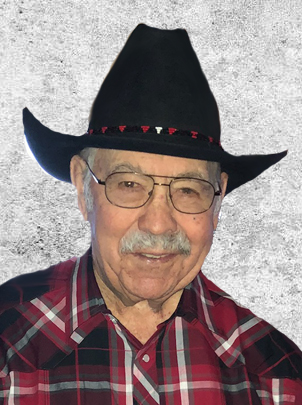 Posted at 18:28h in Uncategorized by staff 0 Comments
Share: 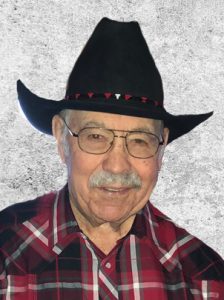 A visitation will be held on Thursday, June 10th from 1pm to 6pm at the Bethany Lutheran Church in Robinson.  A private burial will be held on Friday, June 11th, at the North Dakota Veterans Cemetery in Mandan, ND.

Clarence was born on January 6, 1932, in Tappen, ND, the son of John and Emma (Oberlander) Wolf.  He and his family moved to the present farm south of Robinson in 1941.   In 1950 he joined the US Army and was assigned to Company A, of the 129th AOM Battalion of the Armored 7th Division.  He proudly served his country, where his final assignment found him managing border communications in the Korean War.  Clarence was honorably discharged 1953 with the ranking of Sargent.

Clarence returned from Korea and purchased the family farm SW of Robinson.  There he began a ranching and farming career that spanned nearly 60 years. He met the love of his life in Robinson, Arlene Harrington, and they were married March 24, 1956. Arlene was a city girl but under Clarence’s guidance, he quickly taught her all she would ever want to know and more about being a farmer’s wife. They were married for 60 years 11 months, when Arlene passed away in February of 2017.

Clarence worked long and hard hours as his farm grew.  Through the years he not only farmed the land but also raised cattle and sheep. No matter how busy on the farm, he always found time to give back and serve his community. Clarence served on the Robinson School Board, Robinson Firemen’s Board, was an active member of the Lion’s Club, Board member of Bethany Lutheran Church and Quinby Township Board.  He served on the Tuttle Elevator Board, and was active with the Tuttle Wildlife Organization. He served 24 years as a Director for the BEK Telephone Coop in Steele, ND.

Clarence was an avid outdoorsman, a love he passed down to his children and grandchildren. Nothing gave him more pride and excitement then to have his children, grandchildren and nephews come to the farm in the fall to hunt the land.   He enjoyed hunting all species of upland game, particularly pheasant with his loyal dog, Buddy.  Despite a farm accident at the age of 29 that severely damaged and nearly required amputation of his right hand, he still became a sharp-shooter with a bow and arrow.  For as much as he loved hunting, he equally loved fishing. He and his wife spent many summers fishing and camping in Devils Lake. He never saw a Lund Boat he didn’t like nor rarely a fish he couldn’t catch.

Clarence had a passion for horses that was born out of learning to ride and train at a very young age.  Many neighbors and acquaintances would bring their wild horses to him to break for riding.  Cattle drives in the fall and spring always involved the horses, and many friends who were also horse enthusiasts would show up just to be on “a real cattle drive”.  Out of this love of horses was born his cowboy persona. Rarely was he seen without his signature black cowboy hat and a pair of cowboy boots.

Clarence had a great sense of humor, a contagious laugh and loved nothing more than a good story i.e. joke.  Rarely did a conversation not end with him saying, “hey, I’ve got a little story for you”!

Following the death of his wife, he moved to Minnesota for specialized memory care support. He continued to make fast friends in his fellow residents and became an immediate favorite of staff members and caregivers. He was repeatedly told he was their favorite, and many staff often thought of him as their grandfather. His signature Black cowboy hat garnered him the name, “Cowboy”.  Rarely did anyone he meet know his name was Clarence, he was always introduced and addressed as Cowboy. His polite manners, easy smile, friendly handshake, affectionate hugs and impeccably dressed western hat, boots, shirt, belt and jeans, made him an iconic life-like cowboy.

The family wishes to extend their deepest gratitude and appreciation to the staff at Elk River Senior Living for their personalized care, compassion, respect, patience, kindness and expression of true love for Clarence.  You were nothing less than family to him! A special thanks also to Moments Hospice for their incredible expertise, love, care, and support; a truly remarkable team.

The family requests memorials only to:  Bethany Lutheran Church in Robinson, the Steele Ambulance and The Alzheimer’s Association.