Posted at 19:27h in Uncategorized by staff 2 Comments
Share: 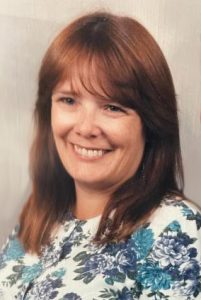 With great sadness we share the news of the death of our younger sister, Christi R. (Bourne) Papke, 64, of Mandan ND. Christi died unexpectedly at home on July 29, 2022.

A memorial service will be held at 11:00 AM on Friday, September 30, 2022, at Bismarck Funeral Home, 3723 Lockport St., Bismarck. A reception will follow the service at the funeral home.

Christi was born June 23, 1958, in Billings MT, the youngest child of James H. Bourne Sr. and Betty L. Gram Bourne. She was raised in Billings and attended schools there graduating from West High School in 1976. Christi worked in the hotel and restaurant hospitality industry much of her career, and attended Eastern Montana College studying accounting and business administration.

In 1986 Christi moved to Bismarck ND where she continued her career in restaurant management. In 1991 she met Wayne Papke, the man that she would marry. In 1995 Christi and Wayne built their forever home on the Missouri River in Mandan, a place that they loved. They were married on Dec. 8, 1995, and recently celebrated 26 years of marriage.

Christi continued her college studies and earned her associates degree in business administration from Bismarck State College in 1995. She worked diligently to achieve this goal. In 1999, Christi opened her own restaurant, Simply Salads, in downtown Bismarck which became a popular lunch spot for downtown workers. She closed the business in 2010.

Christi’s mother, Betty, moved to Bismarck in 2010 when she entered assisted living. She was a devoted daughter and caregiver to her mother until her death in 2018.

Christi was an avid hockey fan and a devoted fan of the UND Fighting Sioux hockey team. She and her husband traveled to numerous venues across the country to watch the Fighting Sioux play in competition. Christi and Wayne were in attendance when UND played Minnesota in the game with five overtime periods. They last made a hockey trip together to Nashville TN in November 2021.

Christi was an animal lover. She took in numerous stray cats and adopted shelter cats over the years. Christi’s cats were a source of joy to her.

The most important thing in life to Christi was family. She was devoted to her mother and her brothers and sister and their children. Christi was a devoted and much loved aunt to her fifteen nieces and nephews. She had an innate appreciation of the importance and permanence of family. When Christi married into the Papke family she embraced them as her own and was equally loved and embraced by them.

Christi was preceded in death by her husband Wayne in January 2022; her father and mother; brothers Jim and Ron; her mother-in-law Leona Papke; brothers-in-law Bill Embry and Donny Olson.

Christi is survived by her brother Brad Bourne of Denver; sister Serina Olson of Billings; brother and sister-in-law Tom and Kris Bourne of Grand Junction CO; aunt Mary Ruth Slater of Plymouth MA; sister-in-law and her husband Myra and Merlyn Herold of Henderson NV; fifteen nieces and nephews and their children; and numerous cousins. Christi is also survived by members of the Papke and Dockter families, many of whom she was especially close to including Sandra Papke of Mandan, Karla Bachmeier of Jamestown ND, Uncle Warren and Aunt Barb Papke of Jamestown, Ty Papke of Colorado Springs, Nick Hertz of Harvey ND.

In lieu of flowers, donations made be made to Furry Friends Rockin’ Rescue (FFRR), PO Box 7364 Bismarck ND 58507 or a charity of your choice.

Our family owes a debt of gratitude that we will never be able to repay to Sandra Papke and her son Daniel for their loving support during this difficult time.

Rest in Peace in the arms of our Lord dear cousin.

Rest In Peace. Will be always in my heart.﻿