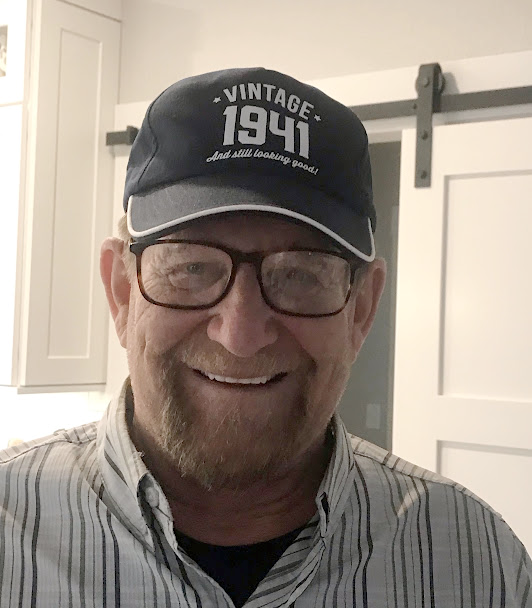 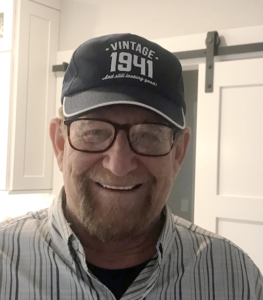 On Sunday, May 8, 2022, Charles (Chuck) Adams, loving husband, father, grandfather, and great-grandfather passed away at the age of 80 after a short battle with cancer.

Chuck was born in Gettysburg, SD, to Kenneth and Ann (Sautner) Adams, but the family moved to Aberdeen where he lived and went to school until the summer of 1960. That summer he went to visit his sister, Bette, in Batavia, IL. where he met Jacqueline (Jackie) Dempsey on a blind date. They fell in love and were married the following June. They would have celebrated their 61st wedding anniversary on June 24.

Chuck served in the U.S. Air Force from 1962 to 1966, and upon returning home to Batavia, he began four years of apprentice training in the Construction Industry Program for returning veterans. His work in construction took his family to so many places across the United States and in Canada, and each place felt like home, but none more so than the home they built on the Yellowstone River in Emigrant, Montana where they lived for many years.

Chuck and Jackie moved to Bismarck, ND in 2013 to be closer to family. It was here on the beautiful lakes and the Missouri River of North Dakota that Chuck spent so many wonderful days fishing with his son-in-law, Kevin, and Kevin’s father, Bob Lenertz. It was always a competition as to who could tell the biggest fish tale. It truly was some of the happiest days of his life.

Chuck loved to bowl, play softball, golf, and he, especially, loved to dance. He was passionate about the Chicago Bears, the Chicago Blackhawks, and the Cubs. He loved sitting around the dining room table playing games or cards with his family and grandchildren, but watching them play hockey, football, volleyball, soccer, softball, track & field or watching them wrestle was truly one of his greatest joys. He was a kind, caring man who loved and lived life to the fullest and radiated joy in everything that he did. He will be greatly missed.

Chuck is survived by his wife, Jackie, his four daughters, Paige (Kevin) Lenertz of Bismarck; Parrish Gumeringer of Wichita, KS; Shana Story of Eastport, ME; and Shawn (Randy) Berg of Calgary, Alberta; and his sister, Mary Jo Kazmucha of Indianapolis, IN. And, of course, his beloved grandchildren, Cody (Hannah) Omilusik & Carson Omilusik; Jaclyn, Adam, & Georgia Berg; Blake, Cole, Chase & Ty Gumeringer; Drew & Taylor Lenertz and three great-grandchildren, Lily & Tanner Omilusik and Beckham Gumeringer. He was preceded in death by his parents and two brothers, Richard and Kenneth both of Aberdeen, and a sister Elizabeth (Bette) Flattum of Indianapolis.

Beautifully written obit for a beautiful man. He was very loved and will be very much missed. RIP Chuck! Love, Polly, Ali, and Michal