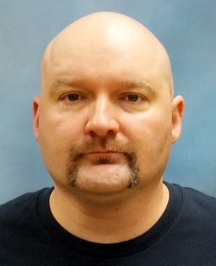 Posted at 21:09h in Uncategorized by staff 0 Comments
Share:

Calvin Ray Sprenger, 45, Bismarck ND passed away at CHI St. Alexius Hospital on March 24, 2020.  Cremation has taken place and a celebration of life will be at a later date.

Calvin was born on October 20, 1974 in Bismarck, ND, to Curtis and Cynthia Sprenger.  He graduated from Century High School in 1993.  During high school, he worked at Bonanza and Dan’s Supermarket.  Calvin graduated from Bismarck State College with an associate degree in Electronics.

After graduation, he was employed with Melroe until it closed.  After the closing of Melroe, he decided to further his education in Power Plant Technology.  He gained employment at the Dakota Gasification Plant (Beulah) in August 2011 as a Tech 5 MIS Operator.  Calvin loved his position he held at the plant.  He kept in contact with them constantly while he was hospitalized and was always looking forward to going back to work.

Calvin will be deeply missed by his parents, Curtis and Cynthia Sprenger, of Menoken; his sister and partner of mischief in their younger years, Amy (Scott) Senger, Minot, ND; nieces, Samantha and Madilyne Senger; and many aunts, uncles and cousins.

Calvin is preceded in death by his grandparents, Steve and Clara Zahn and Ervin and Lorraine Sprenger; uncle, Charles Sprenger; and cousin, Jase (Kelly Jo) Feigitsch.

Family would like to thank all the nurses at CHI St. Alexius on the Oncology floor for the wonderful care they provided Calvin and family.