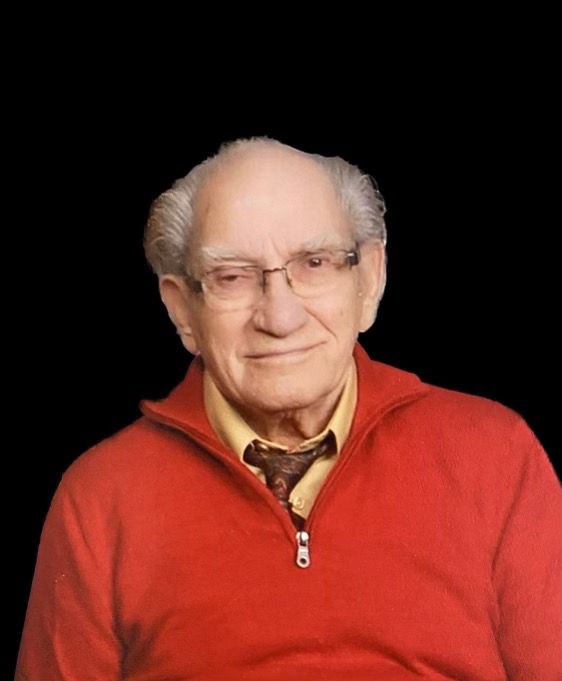 Posted at 17:00h in Uncategorized by staff 5 Comments
Share: 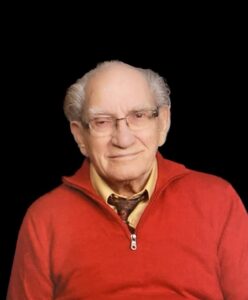 Bernard Robert Schue, 97, of Bismarck, passed away on Jan. 7, 2023, in a Mandan Care Center. A memorial service will be held on Friday, Jan. 13, at 12:00 p.m. at First Presbyterian Church Bismarck, with Rev. Dr. Leanne Simmons officiating.  Burial will be held at a later date.  Family will be receiving friends on Thursday from 6-8 p.m. with a Prayer Service at 7 p.m. at the Bismarck Funeral Home.  Visitation will be held one hour prior to the service at the church.

Bernard Robert Schue was born January 2, 1926 in Fischer, MN to Delphine (Martell) and Michael Schue. His siblings included Eva (McDonald), Alice (Delorme), Lawrence, Louie, Joe Schue and Bylo and Charles Schmidt.  He attended school in Red Lake Falls, MN. After graduating, he joined the Navy in 1943 where he served in the Pacific on the U.S.S. Dyson and was known as “the Kid”.  As part of the Destroyer Squadron 23, their ship received a Presidential Unit Citation and 10 Battle Stars for World War II Service.

Bernie married Etta Luella Teal on August 17, 1950.  After farming with his Uncle Glen near Euclid, MN they moved to Fargo, ND where he attended barber school.  Shortly after, he and Etta moved to Bismarck, ND where he opened several hair salons and was known as “Bernie Your Hairdresser”.  Etta and their daughter, Pam, joined the family business and he took great pleasure and pride as they built their businesses together.

Bernie demonstrated his passion for life through his love of family and adventure.  Always the socialite, he enjoyed dancing, cards, and hosting parties with Etta.  You were never a stranger to Bernie. For his 80th birthday, he put on the leathers and rode on the back of his son’s motorcycle as they toured the Black Hills of SD.  Other travels included numerous trips to see family in California, Colorado, Oklahoma, Minnesota, Wisconsin, and Grand Forks, ND.  A highlight was a trip to Washington DC with his son, Gary, and other Veterans as part of an Honor Flight.  Other hobbies included woodworking, shopping, and caring for his beautiful flowers, garden, and apple tree.

He was preceded in death by his parents, all siblings, his daughter Beverly, and grandchildren Zachary Hipple and Elissa Schue.  He will be dearly missed by his wife, Etta, surviving children, grandchildren, great grandchild and numerous nieces, nephews, and their families.

My deepest sympathy to Etta and the Schue family. Worshiping with them at First Presbyterian was a joy, and I appreciated their kindness and admired their love for each other.

My 1st job right out of beauty school in 1967 I had Bernie as my boss. He was wonderful to work for. My prayers go out to Etta and family. May he rest in Peace!

Love to all of the Schue family. Bernie meant so much to my parents and all of our family. Love you Etta. Pam Schumaker

My most sincere sympathy to Etta and family in the loss of your Bernie. He was a true friend to all who knew him. God’s peace and love be with you during this time.