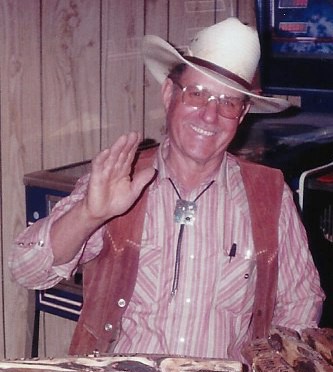 Posted at 20:05h in Uncategorized by kkbold 0 Comments
Share:

Bernard Eugene Wagy, 88, passed away peacefully on Wednesday, July 17, 2019 at Missouri Slope Care Center, Bismarck. He was the widower of Teresa (Vincent) Wagy. They shared 24 years of marriage together.

Bernard’s family would like to extend a special thank you to the Shields Community.  Everyone back home meant so much to Bernard that he considered them to be part of the family.  Another special thank you goes out to everyone at the Missouri Slope Care Center, “Candy Store”, for caring for Bernard during his time spent there.

Bernard was born February 9, 1931 at the family farm, where midwives came from Shields to help deliver him. He was the son of Walter and Ida (Nydegger) Wagy. He attended school in Shields until the 8th grade. He was self-employed as a blacksmith and a farmer of pigs and a few cattle.  He also was proud to have a pivot irrigation system on the Cannon Ball River.

Anyone familiar with Bernard knows how much he enjoyed his family and friends.  He will be remembered for his wrangling of rattle snakes, train whistle, pants tucked into his boots and hat cocked to the side.  Living his life to the fullest and leaving a lasting impression on all he came in contact with. When he came into a room, he would light it up! You knew Bernie was there!!!