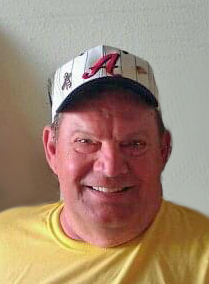 Posted at 21:23h in Uncategorized by staff 0 Comments
Share:

Arnold (Arnie) Kary, 71, from Mandan passed away Thursday May 21, 2020, at an assisted living facility in Minot, ND. Cremation has taken place and a service with military honors will be scheduled at a later date. His final resting place will be at the North Dakota Veterans Cemetery, Mandan.

Arnie was born January 24, 1949 to Joseph and Frances (Schmidt) Kary in Mandan, ND. He was raised in Mandan and attended St. Mary’s Central High School in Bismarck, graduating in 1967. He enlisted in the Navy in 1967 and served proudly until 1971. Arnie met his (ex) wife, Arlene Volk in 1973 and the pair married in 1974. They had two daughters, Lisa and Dani. Arnie worked multiple jobs in service to his community, most notably time as a Sheriff with Burleigh County, HIT Inc., and finally as a caretaker and assistant to retired priests of the Bismarck Diocese at Emmaus Place, where he retired as Director in 2008.

Arnie began coaching Arlene’s softball team shortly after they met. This sparked a lifelong love of coaching softball, which Arnie continued for the better part of four decades. He was well-loved, not only by his family, but also by the hundreds of women he coached over the years. He loved his softball girls like they were his own. Besides softball, Arnie was an avid Vikings fan and often hosted football watch parties to cheer on his team. He loved the peace and tranquility of Fort Lincoln and enjoyed camping there as often as he could. He loved to cook, especially German food.

Arnie was a kind man, always quick with a smile and a helping hand.

He was preceded in death by his parents.